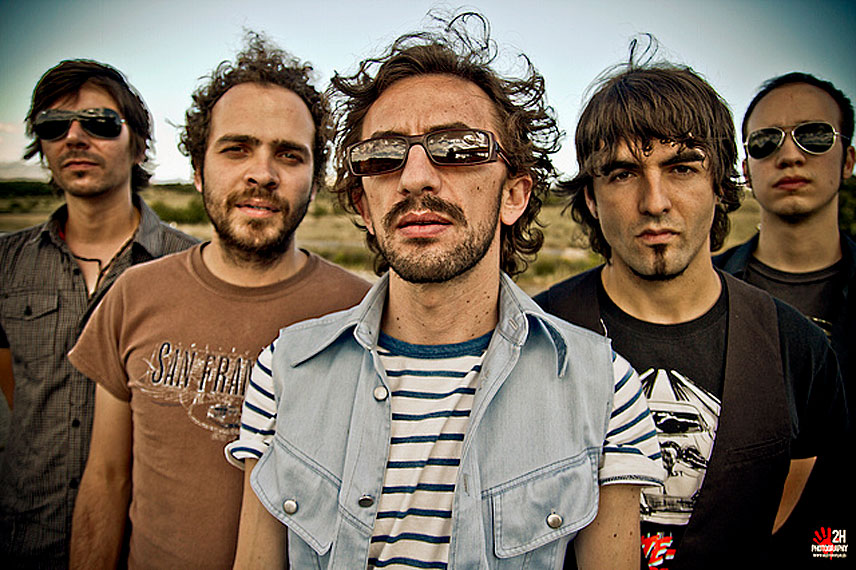 Durango 14 – In Session At RNE 3 – Nights At The Roundtable: Rock Without Borders Edition

Over to Madrid tonight for a set by Spanish Surf and Roll Espesso practitioners Durango 14.

Hot on the heels of a post last month by Mexican Surf and Roll Espesso practitioners Los Acapulco, Durango 14 have been sharing the bill in recent weeks with their Mexican counterparts in a  tour throughout Spain.

I keep hearing the phrase Surf and Roll Espesso being associated with these bands, so I am guessing this has become a new official genre. Translated (according to Google) it means Deep Surf, and that about sums up this new twist on an old branch of the Rock n’ Roll tree.

Whatever the label, these guys have taken it seriously to heart and are doing a pretty stunning job of it. And Durango 14 is the latest in what is becoming an increasing list of bands jumping into it.

Vol. 14 is their debut album, and it’s available via iTunes, Spotify and all most all the usual places.

Tonight its a session they did for the always-exciting-and-never-boring Los Conciertos de Radio 3 at RNE Radio 3 in Madrid. It was recorded on November 1st.

No word if there are release plans over here, or even tour plans. They are knee-deep in a tour all over Spain, which is slated to continue until late December. So maybe there’s next  year to consider.

In the meantime, check Durango 14 out, visit their site and get their album – and crank this session up.