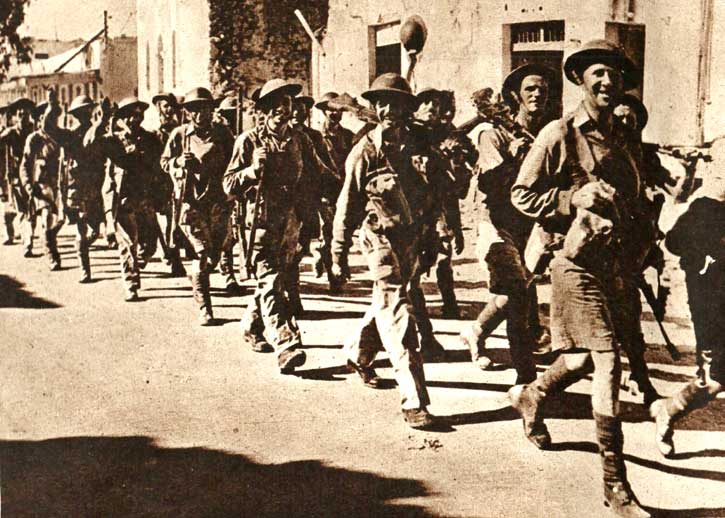 The slow road back, but back nonetheless.

The slow road back, but back nonetheless.

On this day in November of 1942, things were looking up for the Allies. Since the invasion of North Africa on November 8, British and American forces were making rapid advances on various fronts in this leg of the War. Advances on Bizerte and Tunis and the allied drive to Benghazi, coupled with the general pull-back of Axis armies gave a much needed morale boost to the home front.

And there were signs the Eastern front was in for a change. With morale among the Red Army at a renewed high, advances were taking place along several fronts in front of the onslaught of Russian winter. The change in weather meant a better chance for Russian victories, along with upgraded equipment and policies within the Red Army.

The South Pacific was taking something of a backseat to the war news in North Africa, but there were success to report there as well. With intensified bombing runs by Allied planes, Japanese supply lines were being cut with large losses in shipping as the result. But fighting was still going on in New Guinea and the Solomon Islands with not much news to report.

Back in the U.S. – news of the first draft call of 18 and 19 year olds was slated to take place within the next 30 days. But news of the successful landing in North Africa was front and center, even in Washington as letters of congratulation kept pouring in from Allied governments throughout South America. President Roosevelt extended Lend-Lease munitions and supplies to include the Free French and the natives of Morocco and Algiers.

Ending the broadcast was a bulletin received in the newsroom from the Navy Department that  Captain Eddie Rickenbacker, the World War 1 flying Ace who had been lost when the B-17 he was in strayed off course and was ditched at sea, had been rescued along with two crew-members when their plane was forced into the Pacific and listed as Missing since October 21st. Other crew members listed as missing were located on a small island and also rescued by a Navy Catalina Flying boat.

So it was a morale-boosting day, along with other news for this November 14, 1942 as reported by the NBC Blue Network’s News Of The World.