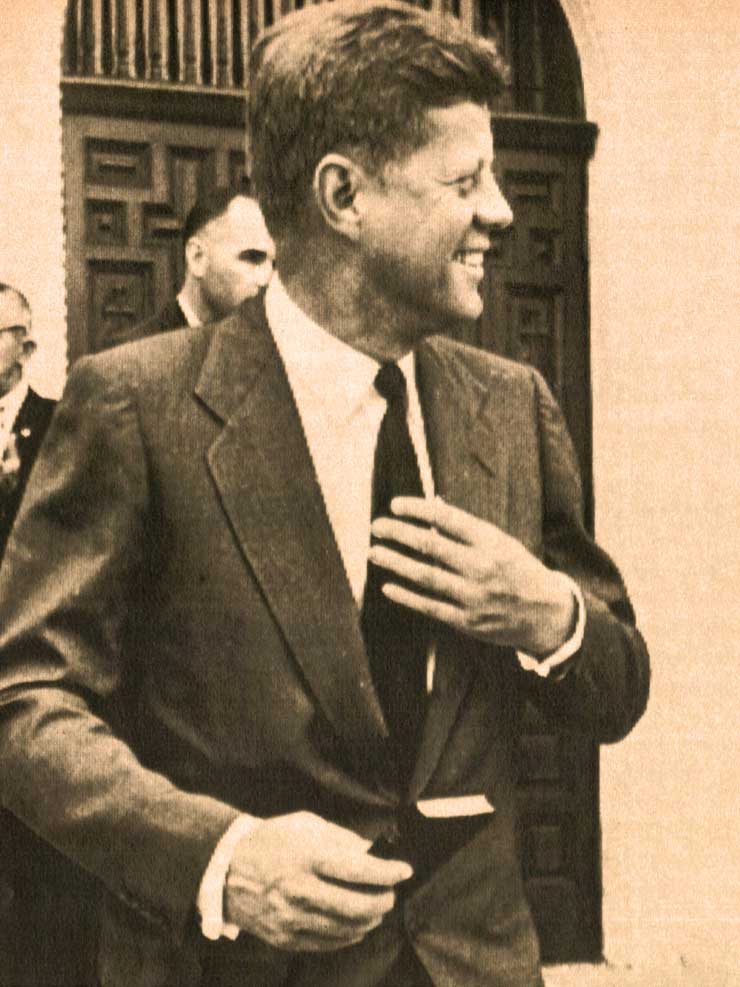 The quest for Camelot begins.

The quest for Camelot begins.

Since this week marks the 50th anniversary of the Assassination of President John F. Kennedy (November 22, 1963), I thought I would run various highlights of his Presidency, starting today with Senator John F. Kennedy’s announcement of running for President on January 2, 1960. Mostly relegated to sound bites, this is the complete Announcement and question & answer period right after. It’s a strain, at times, hearing the questions from the press, but the moment and the charged atmosphere are all there.

And so it started.