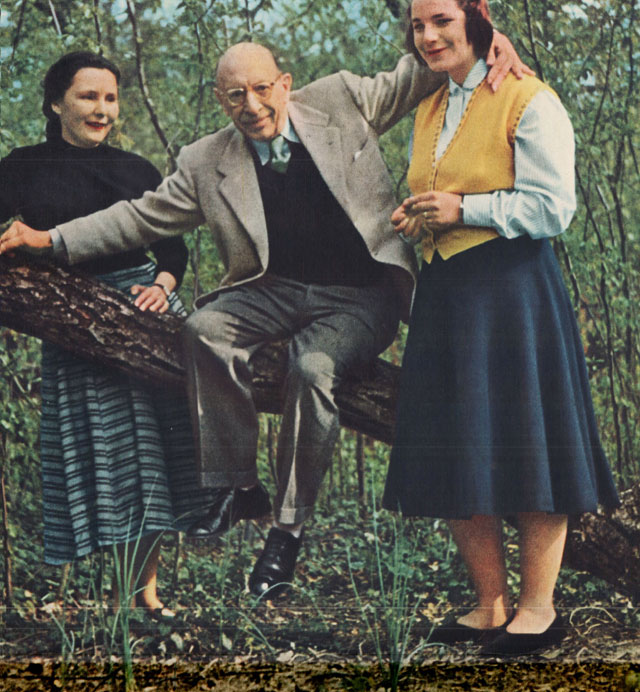 Something slightly out of the ordinary this weekend. Igor Stravinsky appeared frequently on the CBS Radio program Invitation To Music in the 1940s. Just one of the many programs on the air at that time which concentrated on new Classical music or music not all that familiar to audiences.

On this episode of the program, from December 16, 1946, Igor Stravinsky leads the CBS Symphony in the Woodwind Choral from his Symphony for Wind Instruments and Symphony of Psalms.

I don’t believe either of these two performances have been reissued, since there are so many studio versions featuring Stravinsky conducting his own work. But still, a nice addition to the Stravinsky collection.