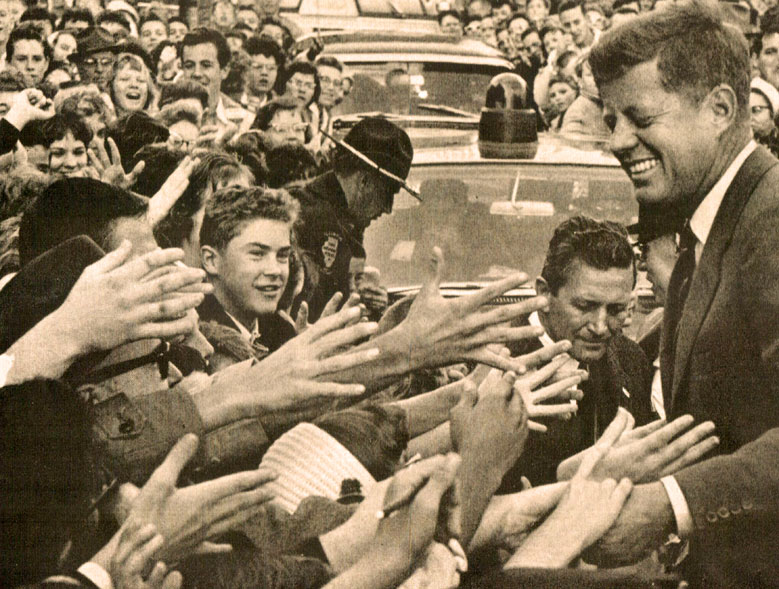 Four days later, it would all be different.

Four days later, it would all be different.

The news for this day in 1963 focused on the speaking tour President Kennedy had embarked on throughout the state of Florida. Although it was billed as “non-political“, most agreed it was a tour designed to shore up lagging support for Democrats in what was sure to be a contentious election in 1964.

Florida had largely gone Republican in the previous three national elections, and it was Kennedy’s intention to garner lagging support for Democrats by embarking on a statewide, almost campaign-like tour of Florida to counter the growing support for Republican Presidential hopeful Barry Goldwater.

On his way to the National Guard Armory, where he was to address a gathering of the Florida Chamber of Commerce, the streets were lined with thousands of supporters and well-wishers. A positive sign Florida could tip the JFK re-election of 1964 back in the Democrats camp. At an address to the Florida State Chamber of Commerce, Kennedy sought to dispel the impression that his administration was anti-business:

President Kennedy: “In the last 3 years, American business and Industry have directly benefitted from a host of our legislative and administrative actions – which increase corporate cash flow, increased markets at hoe and abroad, increased consumer purchasing power and increased plant modernization and productivity. And still other steps have been taken to curb the wage-price spiral, to hold down the cost of credit and tor bring more harmonic to industrial relations. I do not say that these actions were taken for the benefit of business alone – they’re taken to benefit the country. Some of the were label pro-business and some were labeled anti-business. And some of them were given both labels by opposing groups. For that kind of label is meaningless. The Administration is pro-the public interest. “

But four days later all that would change and it all became different. And 1964 seemed like another, distant dimension.

Here is the report on President Kennedy’s visit to Florida as presented by NBC Radio News for November 18, 1963.