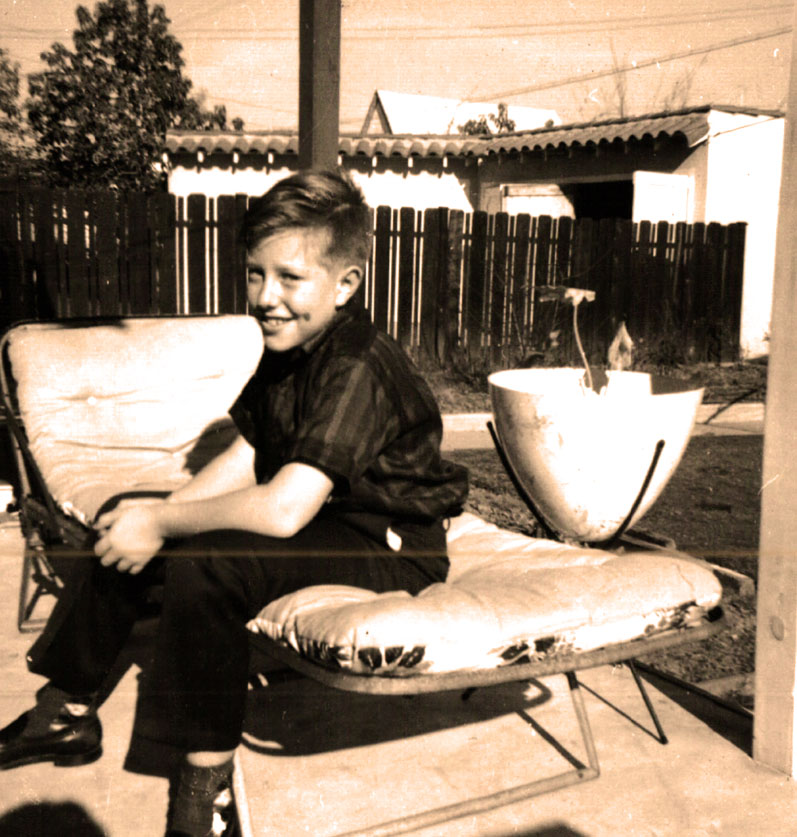 The author - weeks before the change.

The author – weeks before the change.

No doubt the floodgates have opened the past week,with reminiscences, recollections and personal feelings regarding the Assassination of President Kennedy. It has, for the most part, gone into overkill. It has also, for most people of a certain age (aka: Baby Boomers) become a defining point in time – the time where all that innocence we were accustomed to during the Eisenhower years up and vanished. It became indeed, the brave new world.

But for me that day is significant for a lot of reasons, not the least being the beginning of a lifelong pursuit of recorded history – and the reason Past Daily exists, this 50th anniversary of that day.

But sometimes the coincidences all fall into line to create what would become an inevitable event which would start me on my journey.

I picked KNX, for no other reason than it was the best sounding station and sat there listening. Arthur Godfrey was on, as he was every weekday morning. I never actually heard  him before because that time of the morning I was in school. And on this November day I was smack in the middle of my first semester of Junior High

Why was I doing it? I have no idea, and to this day I couldn’t tell you exactly what made me pick this day and this hour to hit the record button. I had a 7″ reel of tape threaded and the tape machine was running at the slow speed – that would give me an hour. And if I didn’t like it, or didn’t find what I was looking for, I would erase it and record it again.

But this day I kept it rolling, all through a pretty dismal interview. 13 minutes into it, the bulletins started. First a quick report that the President had reportedly  been shot. And then it returned to the interview. Someone was telling a joke. And a minute later, it all became very serious.

It was at that moment I was frozen to the radio and I knew history was unfolding. And I was witnessing it, and I would remember it, and I had proof it happened.

I stayed with it the rest of the day, recording as much as I could with what tape I had left. There were a few reels more. But after that I would need to be resourceful.

I kept the tapes. And over the following days, months and years I would record and acquire others – and it was all history, even the boring mundane stuff.

The original tape has long-since become an unplayable patchwork of broken splices and peeled oxide. But oddly enough, I ran across a collection from another person, who just happened to be doing pretty much the same thing I was doing at the same time. This is the tape you’ll be hearing now.

That event piqued an interest which continues. The collection goes from cylinders of 1898 to events last week. It very often reminds me that some things will never change. That history becomes the object of the clichè that says it’s repeated over and over if the lesson isn’t learned. Sadly, so much of it sounds familiar for that very reason.

So what started as an afterthought and a cure for boredom is now, fifty years later, something I get to share with anyone who hits the browse button.

The collection continues. It seems unlikely it will ever stop.