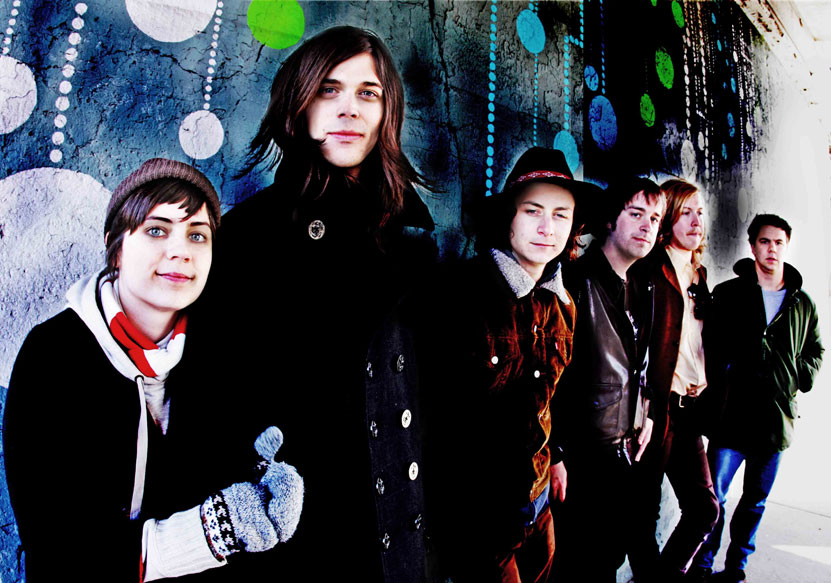 All eager, beaming and mind-melting.

Sleepy Sun In Session – 2013 – Nights At The Roundtable: Session Edition

All eager, beaming and mind-melting (minus Rachel, who left the band a while ago).

Click on the link here for Audio Player – Sleepy Sun – in session at KDHX – November 19, 2013 – KDHX/Soundcloud

If you’ve spent any time scrounging around the Past Daily site, catching sessions from new bands, you might come away with the impression that nothing is happening in the U.S. as far as radio breaking new bands is concerned. That’s not the case, and I apologize for giving that impression. There’s a lot going on here; a lot of radio stations throughout the country (primarily College stations) doing a lot of bring new talent to a larger listening audience.

One of those stations is KDHX in St. Louis, who have been running live sessions from visiting bands for quite a number of years, and are still doing it faithfully practically every day. It’s a reminder that new music is all over the place, and there’s much more access to it now than ever before. It makes you wonder what it would have been like had there been the dedication of a KDHX or KCRW in 1964, or even the Internet, for that matter.

Rather than moan what might’ve been, there’s a lot to be grateful for what we have now, and new music is getting chances for exposure and fan bases that simply weren’t there before.

And that leads us to tonights session. Sleepy Sun have been around since 2005, and have been slowly gathering momentum these past 8 years. This Bay Area band have been getting a lot of good word of mouth lately, due in no small part to being opening act on the 2009 Arctic Monkeys U.S. tour and a hugely successful European tour last year. With a new album coming out in January, and a couple personnel changes, Sleepy Sun are slowly chipping away at the U.S. market and keeping the ball rolling.

Tonight, it’s a session they recorded a few days ago at KDHX. Bay Area psychedelia is alive and well and forging new territory. By the sounds of it, I suspect we’ll be hearing a lot more from them in the coming months.

In the meantime, crank this one up and visit their website and get a further taste of what they’re all about – buy their albums, see them when they come your way and support them however you can.

But you know that.