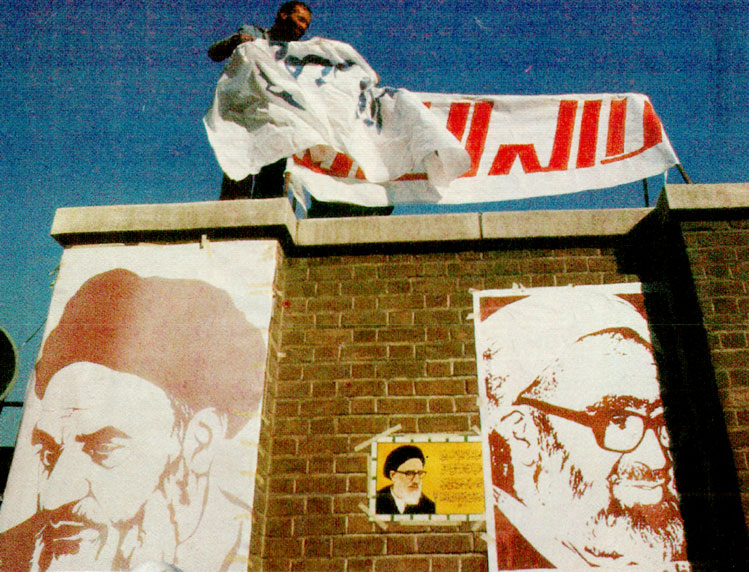 Redecorating the U.S. Embassy in Tehran.

Redecorating the U.S. Embassy in Tehran.

As the U.S. Embassy takeover in Tehran spiraled quickly out of control, this November 26th in 1979, the mad scramble for some diplomatic solution was on.

Ironic, that this week in 1979 has drawn so many parallels with the current negotiations between the U.S. and the Tehran government. Different times, different circumstances and different deals. But then, we’re so accustomed to waging war that even an attempt at waging peace is an abstract concept. Time will tell.

In any event, on this day in 1979, the crisis was amping up and the United Nations Security Council was coming in to mediate, with Secretary General Kurt Waldheim saying it was the worst crisis to develop since the Cuban Missile Crisis of 1962. Initially, Washington was against dragging the Security Council in on this, wanting to wait until after the hostages were released to set up negotiations, but tensions were running so high that a settlement of any kind seemed more important to arrive at sooner, rather than later.

With the hostages in their 4th week of captivity, and no sign of a breakthrough. Moderates in Tehran were looking for some breakthrough in negotiations, but were all holding to the demand that everything was predicated on the return of the Shah.

And so it went.

Also in the Middle-East was news that the siege of the Grand Mosque in Mecca was finally over and government forces were finally in control. The Mosque was briefly taken over by a group of some 200 Islamic Fundamentalists a week earlier, signaling a wave of violence that lasted until this day. Troops were combing the basement of the Mosque complex for stragglers, but the siege was pronounced over and only a casualty count was left to do.

South Korea officially ended its mourning period for the late Park Chung Hee and cut back the curfew imposed from 11:00 pm to 12 midnight. It did,  however arrest some 96 political activists who staged, as the government put it – an “illegal meeting” where some 1,000 gathered to protest and ask for immediate revision to Park’s authoritarian constitution and immediate direct elections for Park’s successor. Apparently, no dice.

And the fate of the proposed bailout of Chrysler was still hanging in the lurch, with skepticism running rampant around Capitol Hill.

And that’s what happened on this particularly haywire day, as reported on The CBS World News Roundup for November 26, 1979.