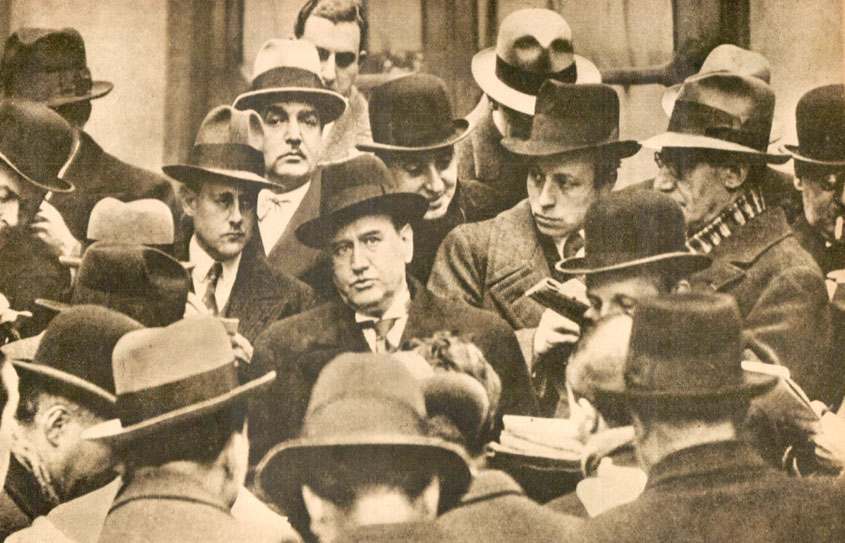 Edouard Daladier and reporters - No facists, but that 40 hour week was looking distant.

Edouard Daladier and reporters – No fascists, but that 40 hour week was looking distant.

With the world breathing a cautious and temporary sigh of relief, now that the Munich Crisis was over, news for this November 27th in 1938 had much to do with the goings on in Europe, post-Treaty.

In France the big news was labor strikes and the growing number of Radical Socialists within the government and within the population.

On this particular November 27th it had a lot to do with workers going on strike, and bringing France to a standstill. The Munich agreement left many uneasy and France was gearing towards War work. In question was the 40 hour work week, which French labor unions struggled a long time to achieve. Now that war was threatening, the 40 hour week was in danger of being a thing of the past and France was hit by a wave of walk-outs.

The unease brought about by the Munich agreement was felt in the U.S., with calls for stepped-up military defense production and forging closer ties with Latin America. It was feared Latin America would fall under the Fascist influence and something needed to be done to shore up those relationships. The world wasn’t breathing easy.

All that, and news over how the world situation was affecting us socially and culturally, on this broadcast of the CBS Radio Program Headlines And Bylines for November 27, 1938.