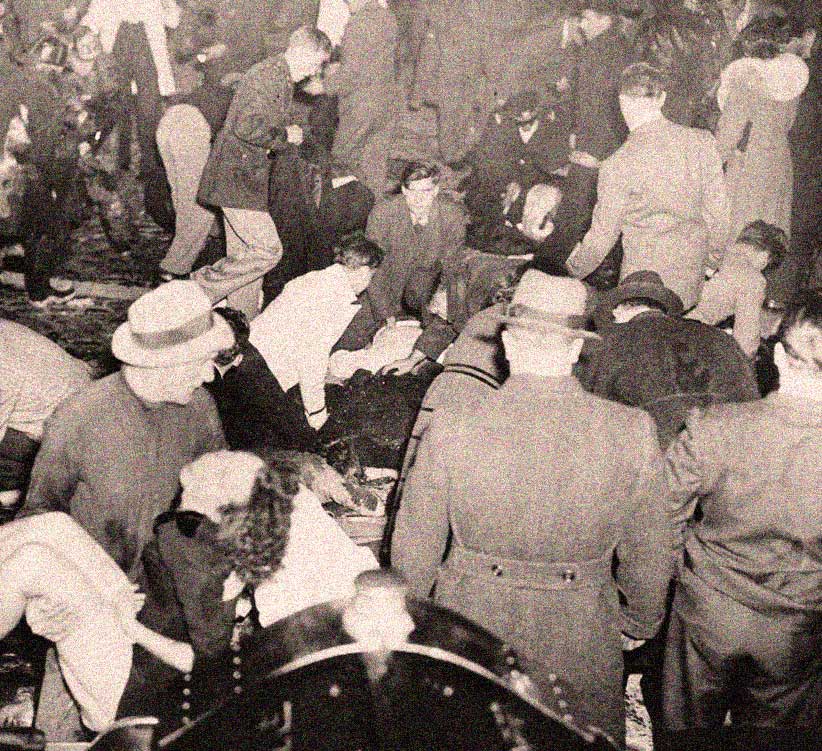 Within seconds, an inferno.

Within seconds, an inferno.

Despite the news for this November 29th in 1942 bringing upbeat reports on progress on the War, it all took backseat to the devastating news of a fire that broke out in a Boston Night Club, killing some 492 people and becoming the single worst U.S. tragedy since the Iroquois Theater fire in Chicago of 1903.

The Cocoanut Grove was a popular nightspot in Boston, boasting an exotic South Seas interior, but one which proved fatal as the highly flammable decorations turned the entire nightclub into a raging inferno with minutes, trapping most of the patrons inside. Those who didn’t die of smoke inhalation were trampled trying to escape through exits that were locked.

The tragedy triggered a huge investigation and strict safety ordinances were enforced after. But the shock of the event lasted for years.

So the news began this day with a call for blood plasma to treat the hundreds of injured packing Boston hospitals.

Despite tragedy at home, the war still pressed on.

Much news, happening this November 29, 1942, as reported by NBC’s News Of The World.