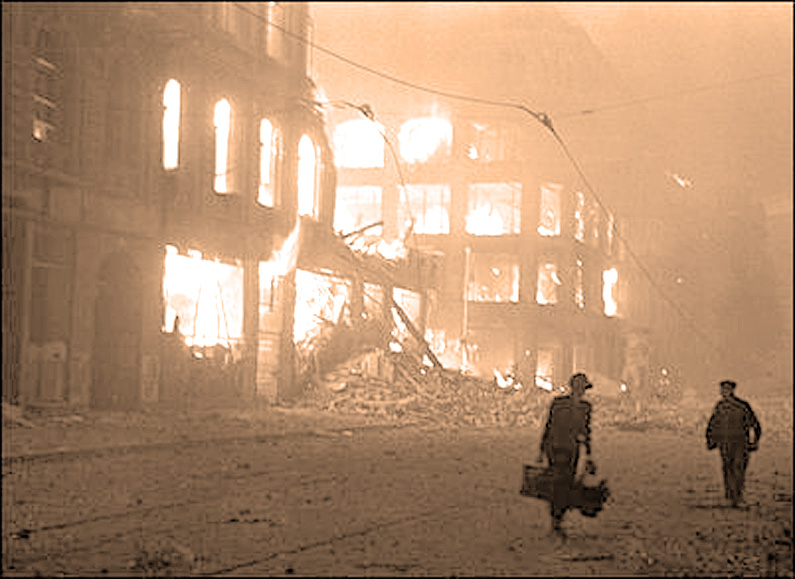 Everyone would be brave if they left their stomachs at home.

Everyone would be brave if they left their stomachs at home.

In what has been considered one of the milestones in broadcast journalism, Edward R. Murrow reported his eyewitness account of a bombing raid over Berlin, this day 70 years ago.

Taking part in what had become a nightly bombing run over Germany, Murrow was aboard a Lancaster Bomber, one of the 425 taking part on this particular night. Murrow was one of 5 journalists who went along, and one of two who came back.  Of the 425 Lancasters taking part in the raid, 43 were lost either during the raid or upon return.

Murrow describes in vivid detail the raid and its affect not only on Berlin but on the crew members who did this sort of thing each night. It was one of the most dramatic accounts of military action up to that point in the war and it would set a standard for reporting years and decades to come.

Here is that newscast from December 3, 1943 as heard over CBS Radio.