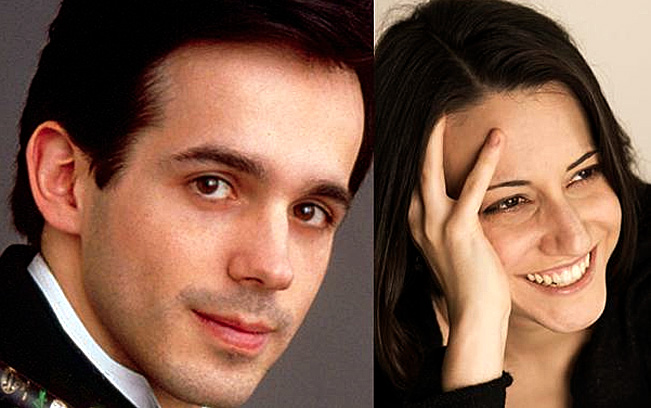 Over to the Festival de l’Orangerie de Sceaux in France this week, for a concert given on September 6th of this year by Clarinetist Romain Guyot and Pianist Lidija Bizjak in music of Charles Villiers Stanford, Johannes Brahms, Robert Schumann, Carl Maria von Weber and contemporary Hungarian composer Bela Kovacs.

A little over an hour, the enthusiastically received concert was recorded by the ever-present Radio France Musique and fits nicely on one player.

Guyot has enjoyed a particularly brilliant career so far, soloing with most of the major orchestras and performing all over the world, including giving a recital on the top of Mount Blanc in Switzerland in 2004. Likewise with Lidija Bizjak who began her career at the age of 6 and has won numerous piano competitions and has also been a much requested soloist with all the major orchestras and has participated in just about every festival throughout the world.

A good and talented duo, these two, complemented by a splendid venue and a wonderful performance. Further evidence 2013 was an extraordinary festival year.

Life is good and the ears are happy.