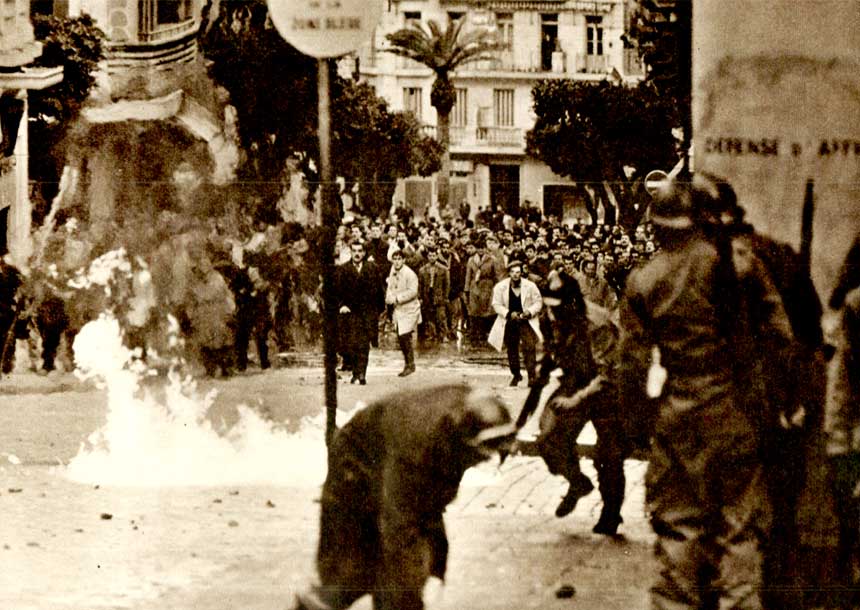 The sun was setting on the former colonies - not with a whimper, but with an ear-piercing bang.

The Matter Of Algeria – 1960 – Past Daily Reference Room

The sun was setting on the former colonies – not with a whimper, but with an ear-piercing bang.

As the 60s got underway, a way of Independence movements swept throughout Africa. One of the major hotspots in 1960 was the on-going situation in Algiers in North Africa. Long a French colony, the struggle for independence had been going on since the end of World War 2. Violence flared in the 1950s and by 1960 it had come to a head.

On December 3rd, 1960 NBC aired a debate as part of its weekly The Nation‘s Future program. On it, the program featured two diametrically opposed points of view – one of Independence and the other maintaining French colonial rule. It showed how deeply the divisions ran and how difficult the situation had become to arrive at a peaceful settlement. It would be a scene played over and over in the early years of the 1960s as more former colonies sought a break and the voices of protest grew in intensity.

The 60s were definitely a decade of turbulence and upheaval.