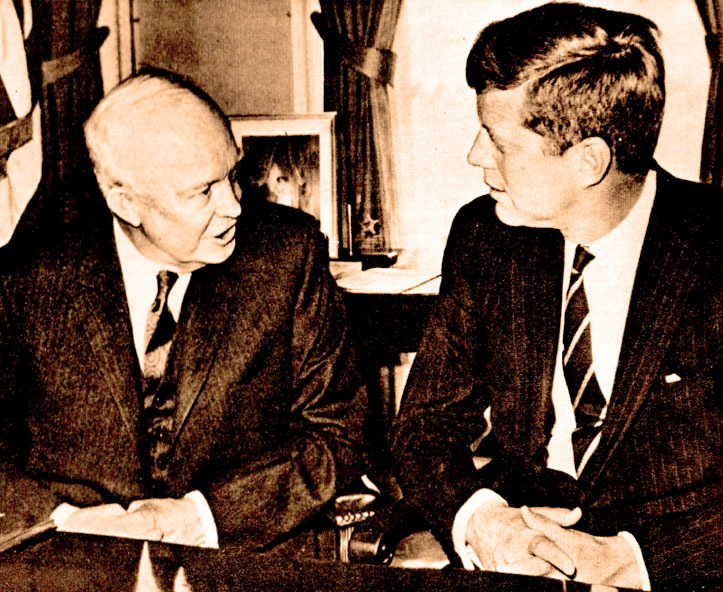 The big news for this December 6th in 1960 was the visit paid to the White House by President-Elect Kennedy. In 1960 the oldest serving President was Eisenhower and the youngest President-elect was Kennedy. By all accounts it was cordial.

In other news, the situation in Africa was still tense, with reports that former Congo Premier Patrice Lumumba, being held prisoner, resulting from a military coup, was being mistreated by forces loyal to strongman Col. Joseph Mobutu. UN Secretary General Dag Hammarskjold asked for assurances from new Congo Premier Kasavubu that Mobutu was in no harm of mistreatment. Kasavubu denied it and rejected the request. Hammarskjold was scheduled to formally ask the UN to force the release of Mobutu.

Back home – the Labor Department report was looking grim with the highest unemployment in over 20 years posted in November. And the Louisiana legislature was looking for ways around the federal order to de-segregated New Orleans schools.

All that, and so much more for this December 6, 1960, as reported over NBC Radio’s News On The Hour.