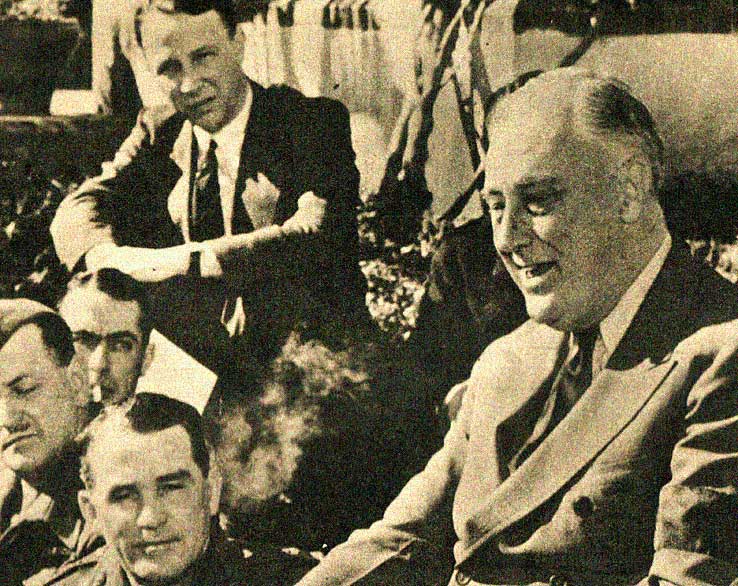 Part of a greater task.

FDR Has A Word About Unemployment – 1937 – Past Daily Reference Room

Part of a greater task.

In what was billed as a “fireside chat style address” on November 14, 1937, President Roosevelt delivered a radio talk about the state of unemployment in the country. Using a census approach, FDR proposed sending out questionnaires asking who was unemployed and how long they were unemployed as a way of gauging what was needed as far as unemployment benefits was concerned.

Pres. Roosevelt: “When we have ascertained the full facts of unemployment, we can extend the voluntary and neighborly character of this effort to the task of finding the solution to the perplexing problem. Its importance justifies a national approach. Free from prejudice or partisanship and warrants the cooperative endeavors of business, of labor, of agriculture and of government. I am confident that this nation of ours has the genius to reorder its affairs and possesses the physical resources of make it possible for everyone, young or old, to enjoy the opportunity to work and earn.”

By 1937 unemployment had gone down from a frightening 24% to a less frightening, but no less concerning 14%. The road to recovery was a long one, with a recession looming in 1937. Still, it was of crucial importance, in FDR’s estimation, that a solid work force was imperative to a healthy economy.

Words that could use some repeating nowadays.