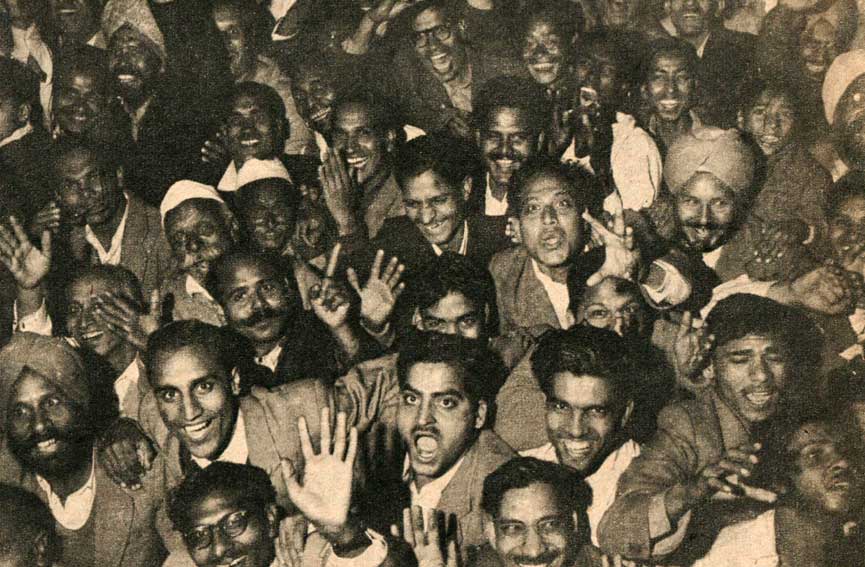 Ramping up the Popularity Contest.

Ramping up the Popularity Contest.

Late in 1959, President Eisenhower embarked on a goodwill tour, visiting some eleven countries which were all in varying forms of danger of being swayed by Moscow. The Popularity contest was in full force, when Ike visited India to open the 1st International Agricultural Fair in New Delhi on December 11, 1959. The object was to win the hearts of India’s millions while trying to dislodge the toehold India’s Communist Party was attempting to establish. It was also trying to eclipse a similar visit the following month by Russian President Voroshilov.

Whether it was successful or not was a matter of time. But on this December 11th Eisenhower was being billed in the American Press as a Leader-adored-by-millions when he landed in New Delhi.

Giving a recap (and somewhat over-the-top assessment) of the India leg of his visit, NBC Radio News gives a half-hour Special on the Eisenhower visit. Highlighted are speeches by Ike, an interview with Nehru and a lot of eyewitness accounts.