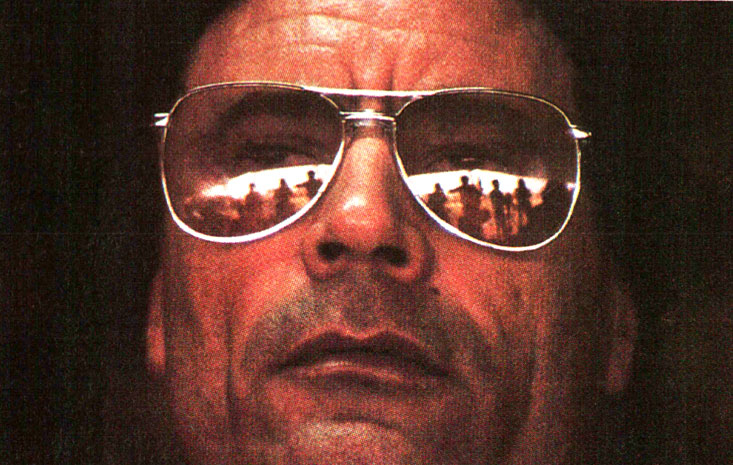 Muammar Gaddfi - the gift that kept on giving in the 80s.

Muammar Gaddafi – the gift that kept on giving in the 80s.

Although the good news for this December 11th in 1981 was word from Moscow that Yelizaveta Alexeyeva, daughter-in law of Soviet dissident Andrei Sakharov had been granted an exit visa to go to the United States, news for this day was about the brewing troubles between Washington and Tripoli.

Seems that fears of rumored assassination plots against President Reagan were being hatched by Libyan President Muammar Gaddafi with assembled assassination teams of poised to storm Capitol Hill. Border guards were put in a state of full alert. The fears caused the White House to issue a travel ban to Libya and ask that all U.S. nationals, currently living in Libya to quickly leave.

In typical Gaddafi fashion, denials were issued along with tersely worded assessments of Reagan’s Presidential abilities and character. Moscow chimed in with references to Reagan’s actions as a Theatre of The Absurd. All in all, a lot of name calling and finger pointed with U.S. workers in Libya scratching their heads in wonder. As did just about everyone else.

The old “Stop-Gap Spending Bill” deadline was looming and it was looking like one would be passed before the December 15th deadline. One passed the House a day earlier, complete with $4 billion in spending cuts.

And London was busy being battered by a relentless blizzard, with slippery roads, accidents, train derailments and pleas for motorists not to drive anywhere. Planes were stranded at Heathrow with no way to take off or land and no end in sight. Making matters worse, London didn’t appear to have snowplows . . . . .

All that, and a lot more for this somewhat fractured December 11th in 1981 as presented by CBS Radio’s News On The Hour.