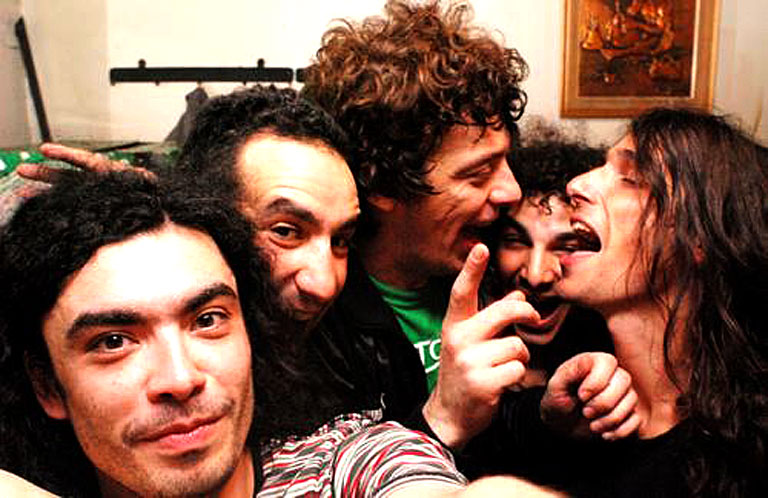 The Ganjas In Session – 2013 – Nights At The Roundtable: Rock Without Borders/Session Edition

Checking out the goings-on in Santiago tonight with a live set by  Chilean Psych-meisters, The Ganjas in a session recorded by Rockaxis in July of this year.

One of the first bands I discovered via My Space (back when it was relevant) several years ago and was instantly blown away by them. Apparently several other people were too, as Andy Bell of Oasis cited them as a band to watch in 2007. They have since gone on to garner an international reputation as one of the more adventuresome aggregate of musicians coming out of South America.

Chile, it comes to pass, has turned into something of a hotbed of new talent in recent years. Another Chilean band causing a stir in musical circles is Intimate Stranger (no stranger to this site). The Ganjas are hardcore Psych and tonight’s set – all hour and twelve minutes worth, gives you some idea of why they’ve become a popular band on both sides of the Atlantic and are making inroads up here in the U.S.

It’s all further evidence the world in general has more than enough interesting music to go around. So you have no excuse to feign boredom over the choices at hand. Head over to their Facebook page and see what they’re up to. While you’re at it, hit “like”. See what their tour schedule is like and if they are heading somewhere close to you. Expand your horizons. They always pay off handsomely.

In the meantime, play this one very loud. I say that all the time, but this time I really mean it.