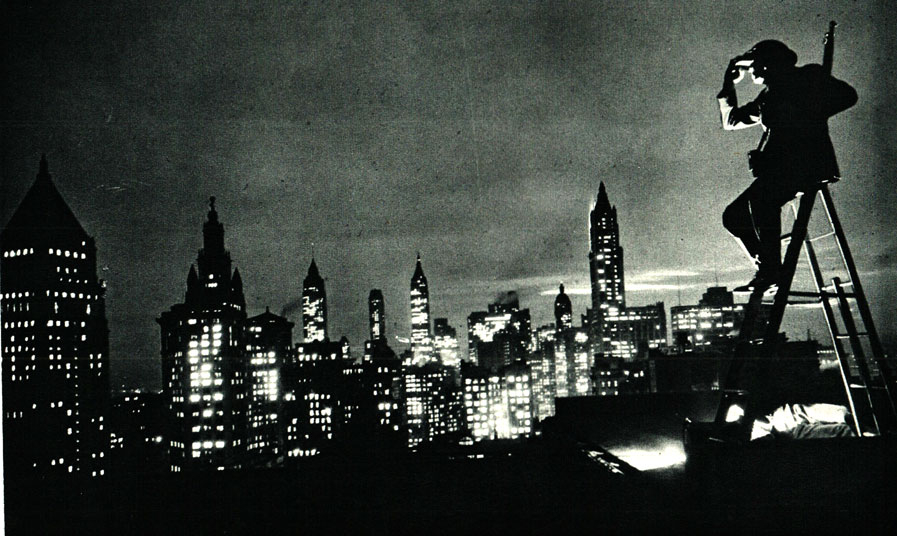 The fear of Air-raids comes to America.

The fear of Air-raids comes to America.

It was now a World War, this December 14th in 1941. America was busy gearing up for what would be a long haul. Cities were routinely going through black-out drills, and news for this day was about our involvement in the war and what was seemingly exploding everywhere else.

Word a of a Joint Declaration of Solidarity among the allies that stated none of the Allies would sign a separate peace. But on Capitol Hill, preparations were underway to bolster troop strength and call up recruits from the Selective Service rolls. There was also a piece of legislation pending to allow the Navy and Marines to accept draftees as well as the Army. The proposal also called for draftees to serve for the duration and six months after the end of hostilities and called for the age of all men to register to be from ages 18-64 and the age for drafting of service to be between the ages of 19 and 44.

President Roosevelt called for a No-Strike agreement between labor unions and management for the duration of the war. Also set up was a National War Insurance program to provide insurance for property destroyed or damaged by enemy bombs and shells. The Insurance carried no signup – just a means of contacting an agency of the government to pay for damage done from war.

And news of test blackouts were being reported around the country.

Around the rest of the world – news of Japanese advances around Singapore, advances in Thailand and an advance upon Burma. The news from the Pacific was grim. News from the Eastern front was another matter. Russian counterattacks were throwing back the German Army on many fronts. Pravda claimed an entire generation of Germans had been wiped out on the battlefield in recent weeks. The Vichy government of France under Henri Petain protested and condemned the latest German intention to kill 100 French Jews and Communists in retaliation for resistance attacks. It was the first time the puppet regime protested an action by the Nazis. Perhaps a harbinger of things to come.

And that’s some of what went on this December 13th in 1941, as reported over The NBC Blue Network.