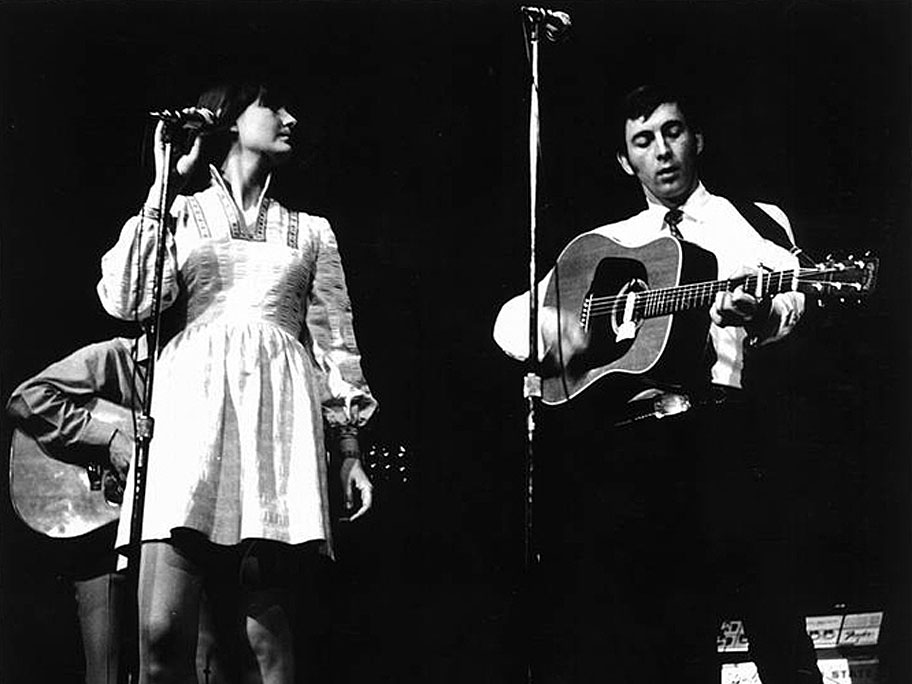 Folk Night 1965. Dipping into the vault this weekend for some long-lost/never-thought-to-have-survived concerts of the early 1960s via The Hollywood Bowl.

This weekend it’s a Folk Night Extravaganza featuring the legendary Josh White in his first Hollywood Bowl appearance, Bud & Travis in one of their last Bowl appearances. Ian & Sylvia, Judy Collins and finally The Brothers Four in a concert lasting just a little under three hours. The concert was recorded live in August, 1965.

With the latest resurgence of popularity with Folk Music (compliments of the new crop of bands and the Coen Brothers new movie), going back to the early 60s, during pretty much the crest of the popularity wave for Folk Music, it’s fascinating to hear the wide spectrum Folk Music comfortably fit in. From the Folk/roots/blues tradition of Josh White to the mainstream of The Brothers Four, it pretty much ran the gamut. And listening to this concert, you get a pretty accurate picture of just how wide and varied it was.

Since the Coen Brothers new movie Inside Llewyn Davis has become something of a hot-button topic for fans and die-hards of the era, listening to what represented the cream, or at least the upper echelon of the Folk movement at The Hollywood Bowl gives a further indication of just how serious all this was.

Revivals aside, this is what the Hollywood Bowl audience was treated to on an August night in Los Angeles in 1965. There is no exact date on the concert, but reference is made to the National Guard stationed in Watts during the riots gives some indication.

Needless to say, it’s history you can dance to, or in the very least, clap along with.