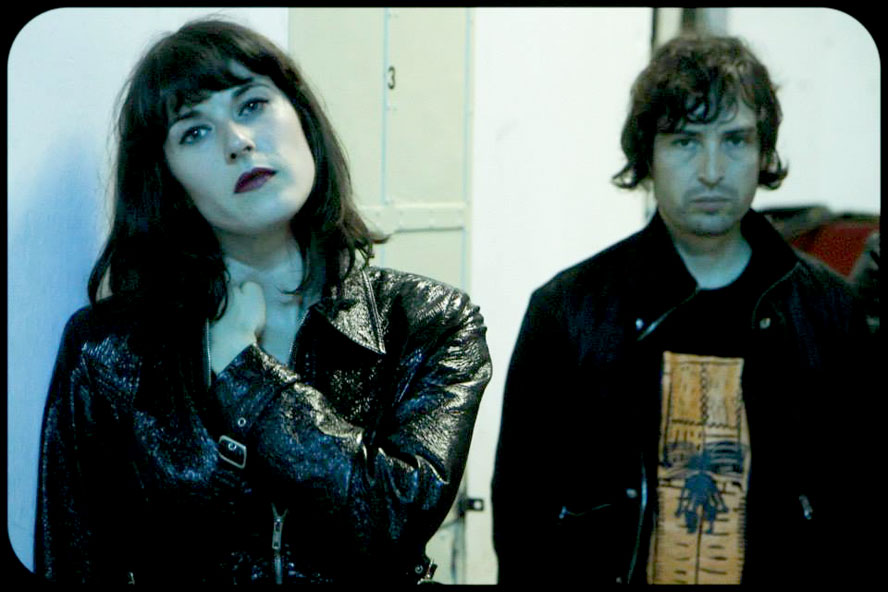 Tessie and Lauro of Intimate Stranger - What happens when Chile and Bosnia get together.

Intimate Stranger – In Session – 2013 – Nights At The Roundtable: Rock Without Borders/Session Edition

Tessie and Lauro of Intimate Stranger – What happens when Chile and Croatia get together.

Click on the link here for Audio Player – Intimate Stranger – in session at Rockaxis – November 9, 2013

One of my favorite bands of the past several years tonight, finally in a live session. Intimate Stranger are, if you don’t know by now,  a Chilean/Croatian Alternative band who have been splitting their time between Santiago, London, and Austin Texas.

A hard working band (and if you’ve spent any time on their Facebook page you’ll realize they work almost constantly), who are getting some good recognition throughout the world, and deservedly so. Around since 2006, when I first discovered them on My Space, Intimate Stranger have been busy at work on a fifth album and are currently touring South America, with eventual stops in the U.S.

BBC 6 Music have considered them one of the bands to watch and they’ve been getting a lot of airplay on Indie stations around the U.S. A multi-layered and heavily textured band, with Tessie’s vocals balancing everything out, Intimate Stranger are one of the bright lights coming out of the international scene right now and I suspect 2014 will be a breakthrough year for them.

If you aren’t familiar with Intimate Stranger, check them out in this live setting – it was recorded as part of the Jack Daniel’s Live series by Rockaxis, the same outfit who presented The Ganjas last night (they are scheduled to play together in concert on December 22nd). I don’t have details on where they are scheduled to play in the U.S. next year, but if you head over to their site you will find all the information, along with opportunities to pick up their previous four albums and lots of other stuff. You can also Like them on Facebook.