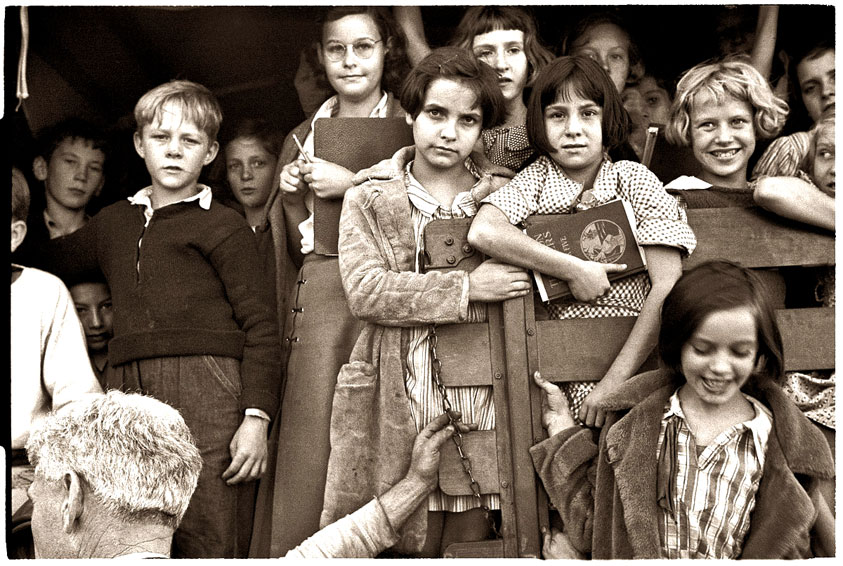 Ignorance is bliss - but not for long.

Ignorance is bliss – but not for long.

In recent years it’s been the battle between Academia and Religious Fundamentalists – Science versus Creation. Federal funding for education versus Faith-based religious education.

In 1974 it was pretty much the same thing. Censoring textbooks for what were perceived as subversive messages – the popularity of Home-schooling, the dismantling of the educational system as we knew it, the control of schools by those with an agenda that had very little to do with actual education but with manipulation of young, curious minds.

Doesn’t sound all that different between the climate of 2013 and then. But then it was a topic of discussion and exploration.

In this case it was about the schools in West Virginia and a prolonged battle that had taken place between religious fundamentalism and the right to free education, and it was sweeping the country.

On December 11, 1974, NPR ran as part of their Options In Education series, a documentary on the controversy surrounding the school systems in West Virginia and looking at arguments on both sides of the issue.

Then as now, there was no easy answer, and the questions and arguments grew more complex the more questions arose.

Textbooks were at the center of the controversy, but most felt textbooks were not what the argument was really about – rather it was one of control and what was the outcome of that control.

Sadly, the ones standing to lose the most were the ones who had  no say in it. And when you think that the controversy happened in West Virginia some 40 years ago, the kids in question are the parents now. And how much did all of that affect those involved?

It could probably explain a lot of current behavior, most likely leading one to believe our problems with the current state of education have seeds sown as far back, and probably much further back, than 1974.

To get some idea of where things get started, here is that documentary from December 11, 1974 – the subject is Textbook Censorship.

Are we in trouble? Without a doubt. Is it fixable? In a few generations, perhaps.