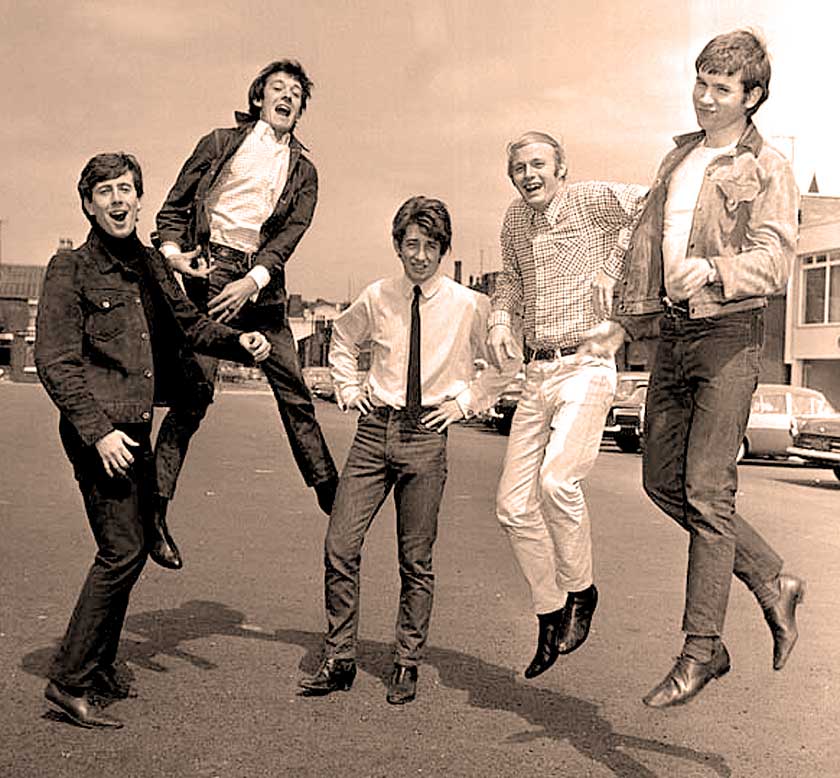 The most distinctive vocal harmonies in rock . . .for real.

The Hollies – Live In Croatia – 1968 – Nights At The Roundtable: Concert Edition

The most distinctive vocal harmonies in rock . . .for real.

Continuing from last night, here is another example of a British Invasion-era band live. This time it’s The Hollies recorded in concert in Croatia from 1968. Not during their earliest period, but towards the end of the Graham Nash period, just prior to his leaving the band to become part of the iconic Crosby, Stills, Nash & Young. I did run a 1966 concert via the German program Beat Club several months ago, but this one is far rarer and not very well known.

Without question, The Hollies were one of best and most distinctive harmonizing groups of the British Invasion period, due in large part to the impossibly high register in which Graham Nash sang. Hearing the band in a live setting you realize straight-away their recordings didn’t play with gimmicks to achieve that vocal effect – it was all on the natch.

This is an interesting concert too, in that, aside from the acknowledged hits of the band, they also did some numbers they never recorded commercially, such as Roger Miller‘s Dang Me.

One caveat to be aware of, and probably the main reason this concert hasn’t been more widely available. It seems there is bleed-through from another source, presumably from the original recording – which has happened all too often with broadcast recordings like these. It’s not 100% distracting, but it’s buried to the point where you can hear it in quiet portions. So, just to let you know. The sound mix is also a little creaky in places – but chalk that up to mixing on the fly which, as anyone who has done this sort of thing will tell you, is no picnic.

But all in all, that shouldn’t be a deterrent to enjoying a rare concert by one of the great bands of the 60s.