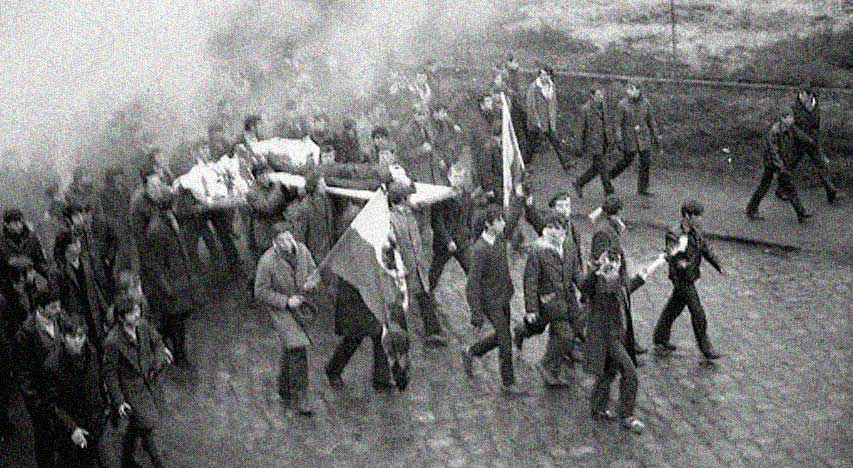 Despite a crackdown, the train kept a-rollin'.

Despite a crackdown, the train kept a-rollin’.

The saga of Poland continued, this December 19th in 1981. Despite a crackdown and Martial Law imposed, protests and strikes were still going on. News filtering in claimed Solidarity leader Lech Walesa wasn’t under arrest, but was receiving “special treatment”, although no one could actually define what that special treatment meant. Government sources went on to describe Walesa as a “weeping, broken man” – but like the “special treatment” quip, no one could define “weeping and broken” either.

Meanwhile, workers in the Gdansk Shipyards and the Coal Fields in Silesia were rebelling and staging strikes, despite threats of swift and fatal reprisals from the government.

All this, after only a few days of declared Martial Law. And the circus continued.

In other parts of this somewhat skewed world 31 years ago, Israel voiced concern that the U.S. was striking at the heart its National security by suspending talks on stepped-up military cooperation between the U.S. and Israel in reaction to Israel’s annexation of the Golan Heights. In Italy, concerns were deepening over the abduction and kidnapping by Red Brigade members of U.S. Army General James Dozier who had been taken from his home in Verona the previous Thursday.

In Washington, Auto Industry leaders were meeting with President Reagan with the hopes the White House would help pull the flagging Auto Industry out of its financial doldrums. They also were pressing Reagan to support a bill for the relaxation of auto emission standards.

And so this day careened hysterically on, as presented by CBS Hourly News and the CBS News special Spectrum for December 19, 1981