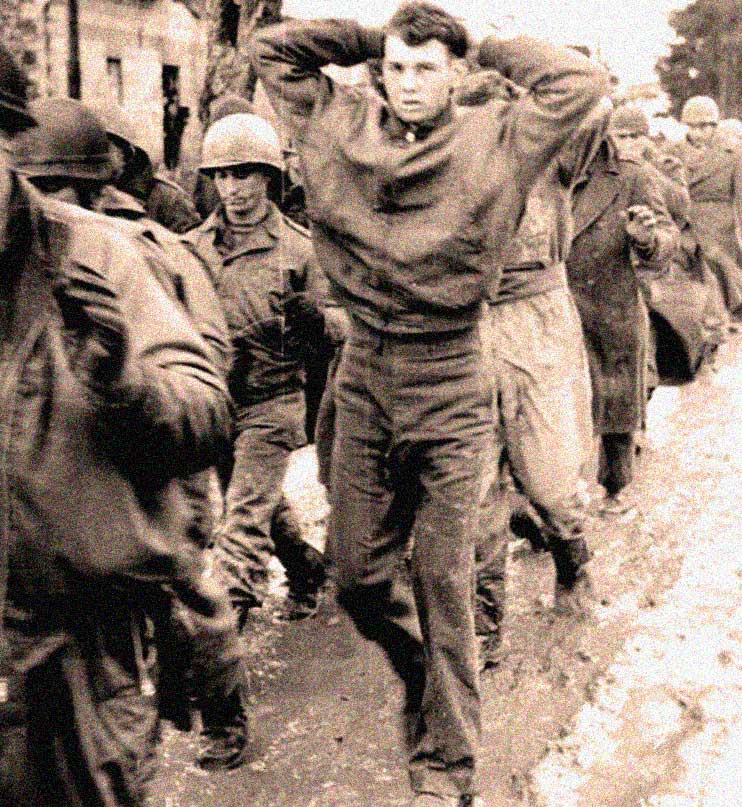 A sudden and surprising turn.

A sudden and surprising turn.

News on this day sixty-nine years ago was sketchy at best. What passed Military censors, controlling an almost complete news blackout, was that the German Army had staged a major counter-offensive in the Ardennes Forest area of Belgium, France and Luxembourg and had thrown back or cut off Allied armies and were driving a wedge deep into this northern part of the European front, to within some 20 miles of the Military Supply center at Liege, Belgium. Reports filtered in, some countering the positive spin being given the news media, that American troops had been captured, atrocities were committed, German troops posing as Americans were gunning down civilians as well as surrendered Allied soldiers. Most of the fighting was taking place around the Belgian town of Bastogne. Military sources were quoted as saying the German drive had stopped, while some German sources claimed the drive was building momentum. But neither side would say more. All that was sure, was that this offensive was now in its fourth day and there appeared to be no end in sight, and the weather was making matters worse.

All that, and a lot of other news for this December 20th, 1944 as presented by NBC Radio’s News Of The World.