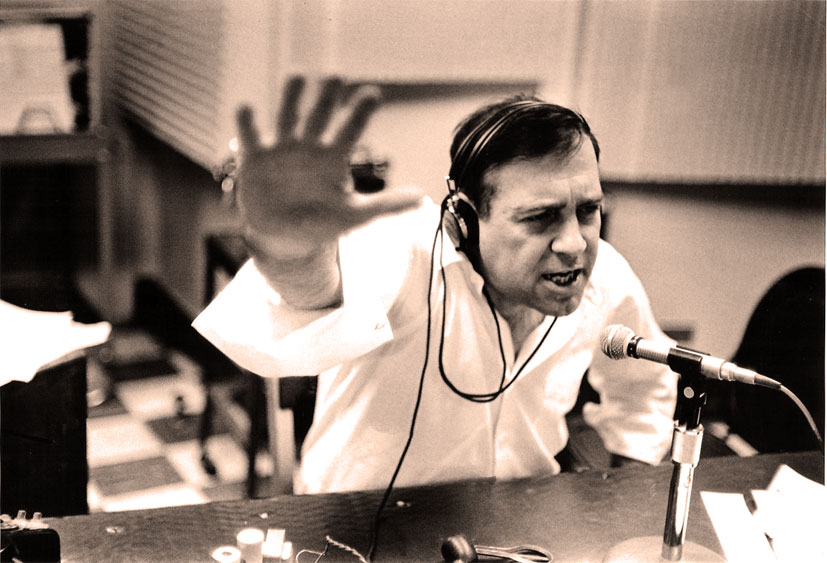 Jean Shepherd - A Christmas Story has become embedded in our culture. . . .thankfully.

Jean Shepherd – A Christmas Story has become embedded in our culture. . . .thankfully.

A little support goes a long way: Become a Patron!

When you consider that Jean Shepherd was more closely associated with the Beat Generation poets than say, Norman Rockwell, the notion that A Christmas Story, the movie that has become a staple in our seasonal culture diet, is something of an anomaly, and further evidence that subtle is often times beautiful.

Originally a short story from his collection In God We Trust, All Others Pay Cash, the opening chapter Duel In The Snow originally appeared in Playboy in October 1966. The story then went on to become the basis for A Christmas Story -and the rest is history.

For those of you who may not be entirely familiar with Jean Shepherd: In the late ‘50s, while Lenny Bruce was beginning his climb to holy infamy in jazz clubs on the West Coast, Shepherd’s all-night monologues on WOR had already gained him an intensely loyal cult of listeners. Unlike Bruce’s provocative nightclub act, which had its origins in the “schpritz” of the Catskills comics, Shepherd’s improvised routines were more in the tradition of Midwestern storytellers like Mark Twain, but with a contemporary urban twist: say, Mark Twain after he’d been dating Elaine May for a year and a half. Where Bruce’s antics made headlines, Shepherd, with his warm, charismatic voice and folksy style, could perform his most subversive routines with the bosses in the WOR front office and the FCC being none the wiser. At least most of the time.

Shepherd’s talk usually fell into one of four categories. Fans of A Christmas Story will be familiar with the basic comic tone of his Depression-era tales, elaborations on his experience growing up in Hammond, Ind., a Chicago suburb in the shadow of the U.S. Steel Works on Lake Michigan. These stories featured his manic father (“the old man”); his mother (always standing over the sink in “a yellow rump-sprung chenille bathrobe with bits of dried egg on the lapel”); his kid brother, Randy, and assorted pals, bullies, beauties, and other neighborhood types. While the film preserves much of the flavor of Shep’s humor, not much remains of the acid edge that characterized his on-air performances. In the film, the general effect is one of bittersweet nostalgia; on the radio, the true horror of helpless childhood came through.*

Now that you know (at least a bit) here is that original story, as read by Jean Shepherd himself on Christmas Eve 1974. – *thank you Slate for the background paragraphs.

The season is upon us – big time.