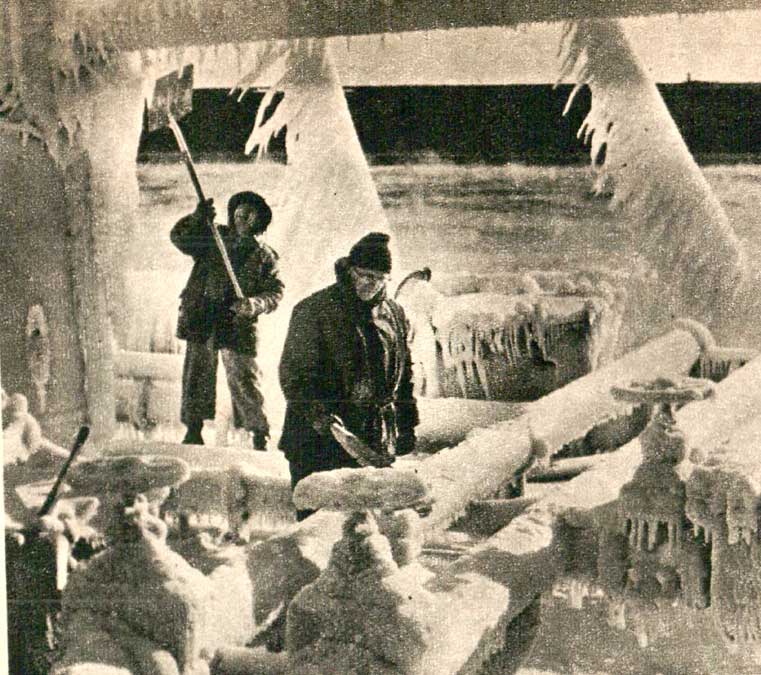 Not to mention The Great Blizzard of '58 too.

Not to mention The Great Blizzard of ’58 too.

For this batch of commentaries, all given between December 14 and 24, 1958, the topics run the gamut from who will appear on the Time Magazine Man Of The Year for 1958 (in 1958 it was still Man of the Year – the gender equality issue didn’t happen until 1999) to the Thor retaliation Missile systems. In the case of Time, the likely candidates for Man of The Year 1958 ran the gamut of personalities who made the news in 1958, and this would be a great opportunity for you to do a Google Search on each of the names. Almost none of the names ring bells these days.

And 1958 was also winding up being a bad weather year, with The Great Blizzard Of 1958 dropping some 40 inches in 24 hours all over the town of Oswego New York. The insane weather had people up and down the Eastern seaboard talking and wondering who and where it would hit next. A new term was coined to go along with this type of weather – Snowburst became the new word used to describe just how much of a fast moving mess this was.

So 1958 was just as bad a year as most others. And to remind you, here are several commentaries from CBS Radio News for the period of December 11-24, 1958.