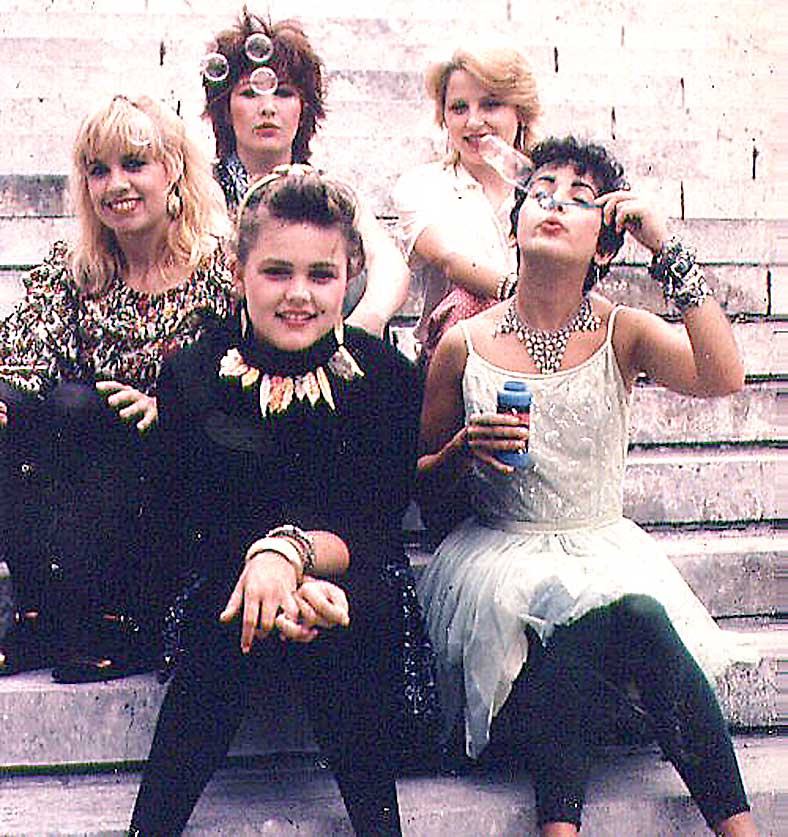 In the 80s, America's Sweethearts.

In the 80s, America’s Sweethearts.

Not exactly Christmas, but it’s still festive – A concert tonight by The Go-Go’s, recorded live at Hakano Plaza in Tokyo on June 19th, 1982.

Christened by the press as America’s Sweethearts, the Go-Go’s had a meteoric climb in the early 1980s. With a string of self-penned hits and a huge fan following worldwide, the Go-Go’s were practically a household word, and certainly were one of the first breakthrough bands to take big advantage of MTV. In short, they were everywhere, seemingly all the time. The Go-Go’s were on almost constant rotation on radio and they went from girl-group Punk Band to Arena headliners in a very short time. They had the distinction of being the first all-female band to write and play all their own material as well as the first all-Female band to top the Billboard charts. Not bad for a bunch of kids who got together only a few years earlier, in 1978.

Tonight’s concert captures them right at the peak of their popularity, playing to a sold-out venue and a screaming crowd. Most of the material they play is from their debut album Beauty And The Beat.

It was high-energy all around. And if you don’t remember them, or never heard them in the first place – this is what you were missing.

Play loud. Goes well with trimming the tree, in lieu of Christmas Music.