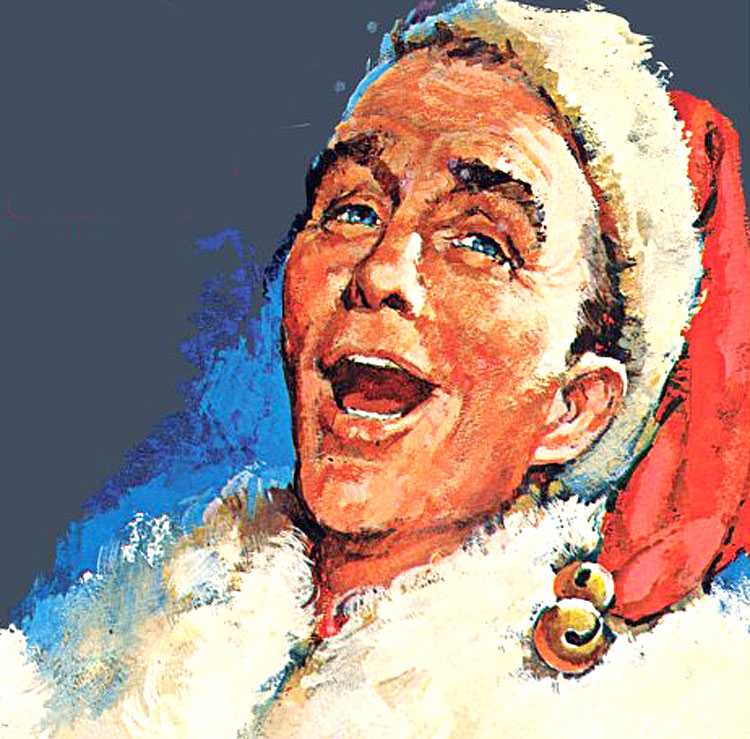 The annual Christmas Sing With Bing - an American Institution starting in 1954.

The annual Christmas Sing With Bing – an American Institution starting in 1954.

Contrary to rumors that he hated it, Bing Crosby has become synonymous with Christmas and Christmas music.

Starting in 1954 and going up to his death, Bing Crosby became the epitome of the Holiday season with a yearly music special. First on radio and then on television. Coupled with the almost constant runnings of White Christmas and Holiday Inn on TV, the image of Bing Crosby as all things Christmas is embedded deep in the American psyche and has pretty much stayed that way for the past 60+ years.

But since it’s been some 41 years since his death, the popularity of Bing Crosby around Christmas time hasn’t diminished by much. But there are many people who don’t know about the yearly ritual of Bing’s televised sing-alongs.

So as a reminder of the earlier ones on radio, here is the 1958 edition of A Christmas Sing With Bing, as it was originally broadcast on December 24th, 1958.

And a Merry Christmas to all from the gang at Past Daily!