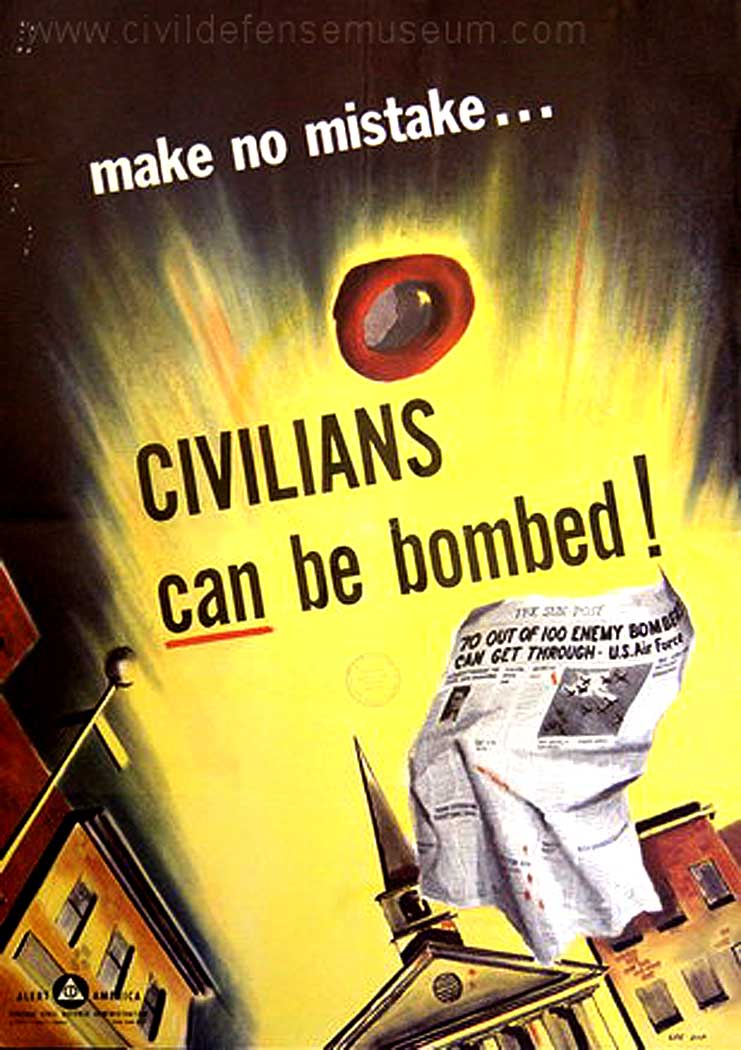 The reason for sleepless nights, Miltown and Johnnie Walker.

The reason for sleepless nights, Miltown and Johnnie Walker.

If the Cold War period wasn’t frightening enough for the average person, with daily news reports of tensions and takeovers and thinly-veiled threats, there was the extra added bonus of having to deal with the almost constant fear and bubbling-under anxiety over a potential Atomic attack, coming anywhere-anytime.

In school there were routine drop-drills (where a teacher in a classroom would randomly yell “drop!”, to which every student was expected to dive under the nearest desk), duck and cover drills (pretty much the same as “drop-drills”), and city-wide drills like Operation Alert, which took place in 1959.

This particular recording was made in the New York area, but it was the same everywhere. Instructions, warnings and that sinking feeling of the inevitable coming when we least expected it.

Living in that sort of environment for any period of time can have stress-related results. It was also good for a “tomorrow we shall die” outlook on life that signaled escape mechanisms. Tranquilizers, alcohol consumption and a general loosening of morals came to symbolize life in the Cold War World.

It was truly the Age of Anxiety. And listening to this broadcast, as many millions did at the time, it now makes sense that we’re just slightly skewed and have been for a long while. Makes perfect sense.