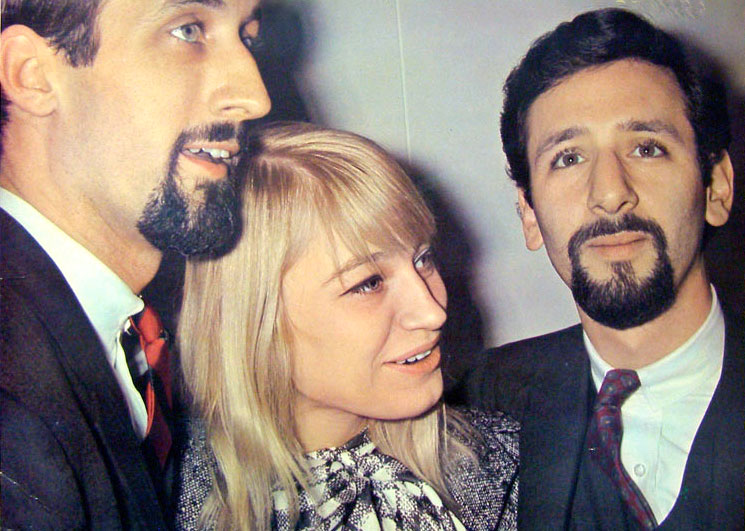 Peter, Paul and Mary - One of the groups responsible for the bridge between Folk and Mainstream in the early 60s.

Peter, Paul and Mary – One of the groups responsible for a bridge between Folk and Mainstream in the early 60s.

I’ve run bits and pieces of this concert over the last few years, but not the complete concert in one sitting. No good reason, just decided to break it up.

This weekend it’s the whole 2-hour concert featuring Odetta, Bud & Travis and the wildly popular Peter Paul & Mary, in concert at The Hollywood Bowl during Folk Night 1963, recorded on August 2, 1963.

It’s interesting to consider how much of a pivotal year 1963 was for music. Folk Music was at the crest of a popularity wave. One that would only diminish and fully transform itself into an avenue of protest months later. Folk as Pop Music, as parts of it had been since the late 1950s, thanks to The Kingston Trio, Brothers Four and Peter, Paul & Mary, slowly gave way to Folk-Rock, after being somewhat buried in an avalanche of British Invasion the following year. Interesting too, to consider a few weeks later we’d have YMCA Day at The Bowl, featuring The Beach Boys and how that seeming innocent time quickly evaporated with the events in Dallas only a few weeks after that.

Lately, we’ve been experiencing a lot of retrospective looks at the Folk movement, and many new takes and interpretations of it from the latest crop of musicians. From a period that lacked any defining moment (since, aside from Bob Dylan going Electric at Newport, they were all subject to witness observation and varying interpretations), here is another element that played an important role in the development and acceptance at the time.