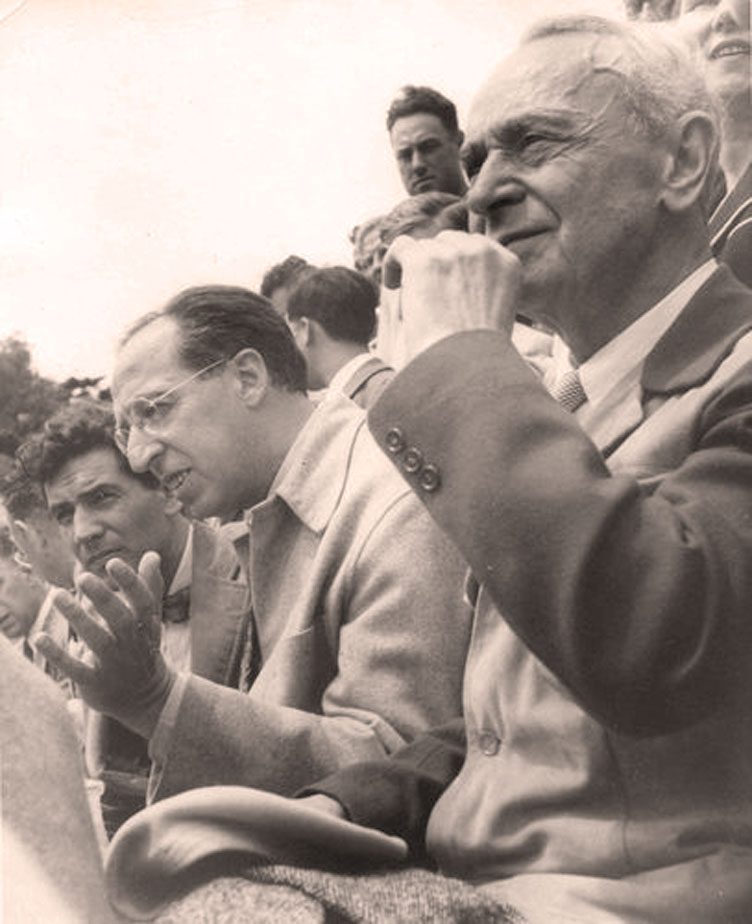 With our first installment of these rehearsal recordings being such a huge success, with so many readers asking for more, I will be posting these on a weekly basis for the foreseeable future.

This weekend it’s The Boston Symphony in rehearsal from January 10, 1949, featuring Music Director Serge Koussevitsky leading the orchestra in rehearsals of David Diamond‘s Spring Rounds for Orchestra and Aron Copland’s Lincoln Portrait with Wesley Addey as the narrator

Described by announcer Olin Downes as “a peach of a score”, Koussevitsky runs the orchestra through the last movement, before settling in to the Copland.

As with all of these rehearsal programs, the complete works aren’t featured. As it was last week and will be for all of these programs, it is a fly-on-the-wall glimpse of an orchestra at work with the Conductor, shaping a piece for performance.

The Diamond Spring Rounds is probably not familiar to a lot of people, but it should be. Serge Koussevitsky, not only a champion of new talent (like Leonard Bernstein), he was also a tireless champion of new music (such a Aron Copland, who received a number of commissions from Koussevitsky). To hear him work with the orchestra gives further evidence of just how much love and respect he got from the musicians, but also the composers who worked with him.

Enjoy and come back next week.