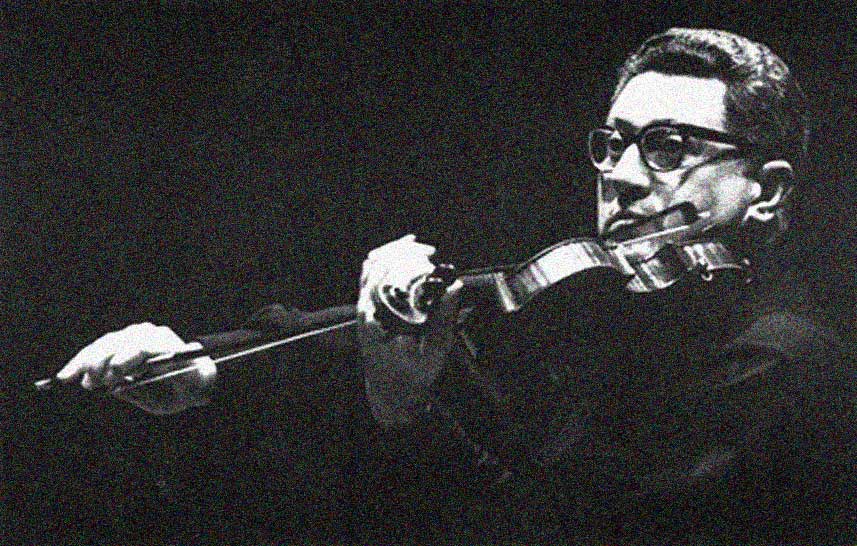 Another classic concert. This week it’s the 1959 Salzburg Festival, with the ORTF Orchestra, Paris conducted by Joseph Keilberth and featuring the legendary Wolfgang Schneiderhan, violin.

This was the fifth Orchestra concert from the festival and it features a varied program, running from The Hebrides Overture by Mendelssohn, a performance of the 1951 Violin Concerto by Swiss contemporary composer Frank Martin, with Wolfgang Schneiderhan as soloist. The concert finishes up with the venerable Brahms Symphony Number 4.

It’s great to hear the ORTF Orchestra during this period. And if you aren’t familiar with what French Orchestras used to sound like, this is a wonderful example. It’s most obvious in the horns – a technique of playing that’s been abandoned for over 40 years, but one that’s making a subtle comeback here and there.

Both Joseph Keilberth and Wolfgang Schneiderhan are well known among collectors. Keilberth was particularly known for his Opera performances and had the distinction of being the first to conduct a stereo recording of the complete Wagner Ring Cycle. Keilberth was very active and much sought-after in the early days of lp’s and was highly regarded by audience and critics alike. He collapsed and died while conducting a performance of Wagner’s Tristan and Isolde in Munich in 1968. Wolfgang Schneiderhan was another artist whose recordings were essential during the early days of the lp. Very active since the 1920’s, Schneiderhan achieved widespread accolades for his work with pianist Edwin Fischer and cellist Enrico Mainardi, who he joined in 1948 after the death of their original violinist Georg Kulenkampf, forming something of a “million dollar trio” as the result. His work with the label Deutsche Grammophon during their transition to the Long Playing format brought considerable attention and rave reviews, and his recordings of the Beethoven Violin Sonatas with pianist Wilhelm Kempf have been staples on the shelves of collectors ever since, successfully transitioning over from lp to CD.

Here’s the lineup on the players:

One small caveat – mid-way through the Mendelssohn, there is the sound of a tape being re-wound. I doubt it came from the original broadcast and may probably have come from the station originally broadcasting it (KPFK). It’s distracting for only 2-3 seconds. It’s there but it goes away and never comes back.