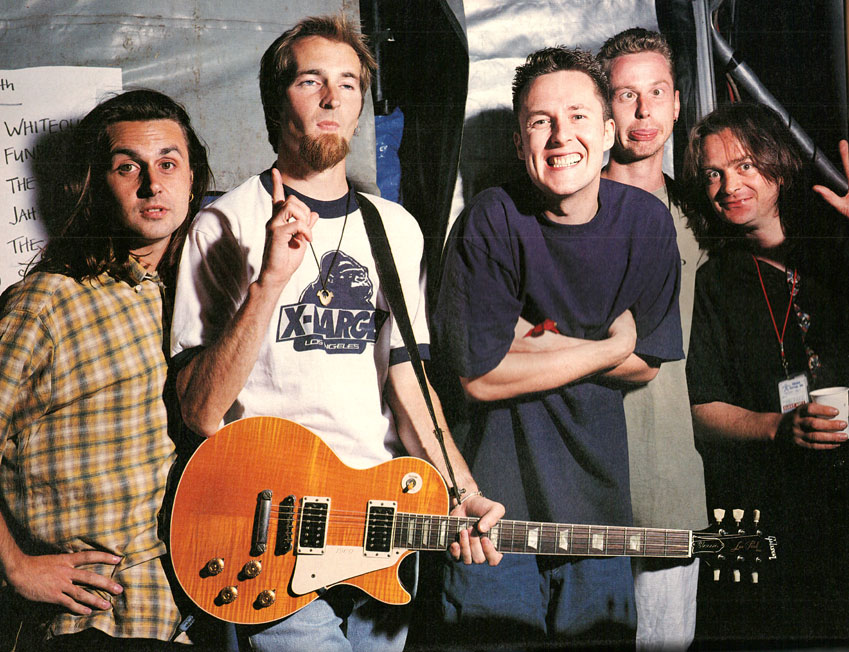 The Wonder Stuff - last known photo before packing it in - 1994.

The Wonder Stuff – Live At Leicester – 1994 – Nights At The Roundtable: Mini-Concert Edition

The Wonder Stuff – last known photo before packing it in – 1994.

Kicking off the new year with one of the last concerts performed by The Wonder Stuff, before calling it quits in 1994. Around since 1986, The Wonder Stuff had the audience and the press on their side almost from day One. Considered by Melody Maker to have one of the top albums of the year when their debut arrived later that year.

Going through a number of personnel changes in the intervening years, The Wonder Stuff nevertheless kept putting out well-regarded and impressively selling albums before pulling the plug in 1994. They stayed broken up until reuniting in 2000 with several new members and then went through a period of on-again-off-again and with more personnel changes before stabilizing (for now) around 2008.

Tonight’s concert is one of the last they performed before their initial break-up in 1994. It was recorded live in Leicester by the always-present BBC 6 Music.

It’s suggested you crank this one up and keep the New Years spirit going . . . .or not.