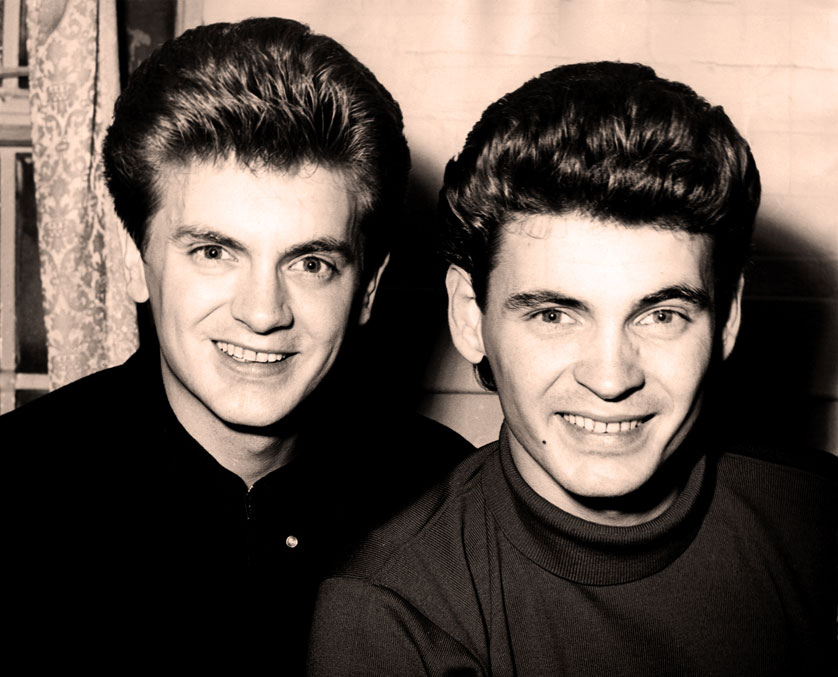 The Everly Brothers - synonymous with the Golden Age of Rock n' Roll.

The Everly Brothers – synonymous with the Golden Age of Rock n’ Roll.

Starting the year off with the passing of another icon from the early days of Rock n’ Roll. The sad news earlier today that Phil Everly, the younger half of The Everly Brothers, lost his battle with Chronic Obstructive Pulmonary Disease earlier today at the age of 74.

The Everly Brothers were without a doubt two of the bigger influences on the Music world. Their close harmonies were an indelible trademark and their songs were covered by practically everyone.

By way of tribute tonight, I thought I would run one of their appearances on the CBS-TV program The Big Record, from June 15, 1958. The sound was recorded by a production engineer working on the program, so the recording is pretty sensational – as is fitting for the tremendous talent The Everly Brothers were. They are introduced by Patti Page, another memorable talent who we’ve also lost.

RIP – Phil Everly. The tributes will no doubt be pouring in for quite some time. Ironically, there’s a tribute album that just came out featuring Norah Jones and Billie Joe Armstrong of Green Day singing the music of the Everly Brothers.

Goes to show you how timeless they are.