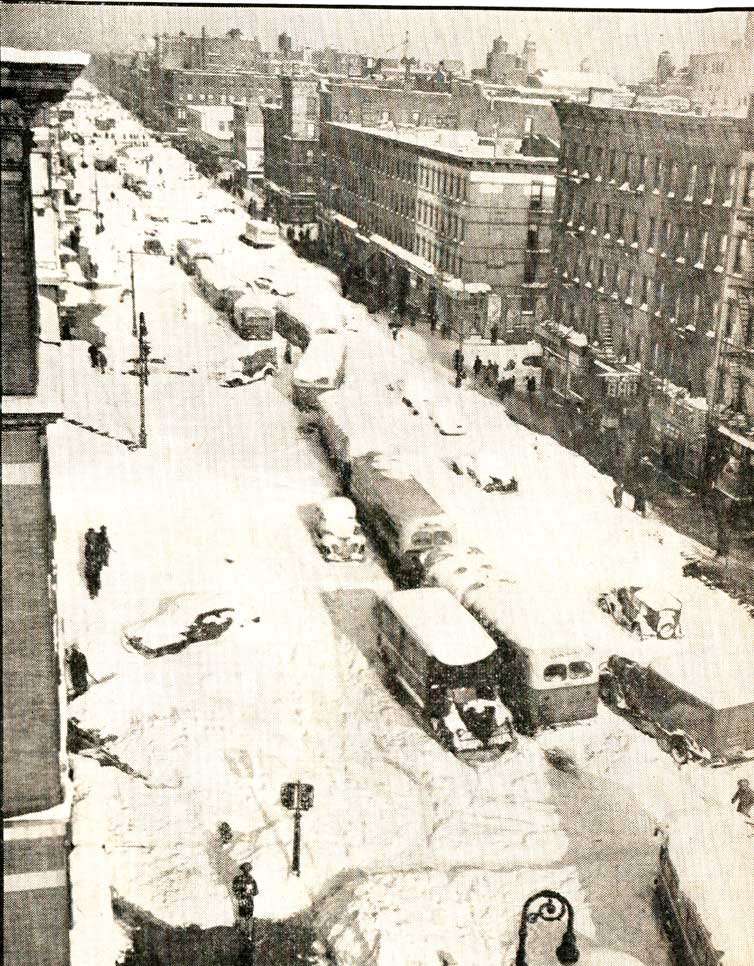 Bucolic, until you have to go to work in it.

Bucolic, until you have to go to work in it.

The big domestic news for this day was the weather. Snow blanketed the east coast, with downed power lines, stranded commuters, icy roads and frozen water mains up and down the Eastern seaboard and extending West to the Texas panhandle, with promises the worst had passed. Even so, thousands of homes were without power or phones and hardest hit of the Eastern states, New Jersey, declared a state of emergency. Overall, snowfall in the previous 24 hours stacked up to 11 inches in the midwest to 26 inches on the East Coast. And so began January.

In other parts of the world – France was holding its collective breath for the outcome of the National Assembly vote on the Schuman government’s Anti-inflation bill. An unfavorable vote would mean an end to the Schuman government and it would be election time in France. Trouble continued in Greece with flareups between Greek government troops and rebels. In Israel, the former-underground group Haganah said they have gone from a militia to a military group able to defend the Jewish state. The ongoing tensions in the newly declared state had the region in a perpetual state of slow-boil.

The United Nations Security Council was getting ready to tackle the dispute between India and Pakistan over the state of Kashmir.

On Capitol Hill, the question of food prices and possible meat rationing was taking over discussion, along with  preparations for stormy battles over the issues of Tax cuts, a short range Foreign Aid program and a proposed extension of Rent Control in the coming week.

And that’s just a taste of what went on, this otherwise frozen January 3rd in 1948, as presented by the equally frozen (and stranded) John Cameron Swayze and The NBC News Of The World.