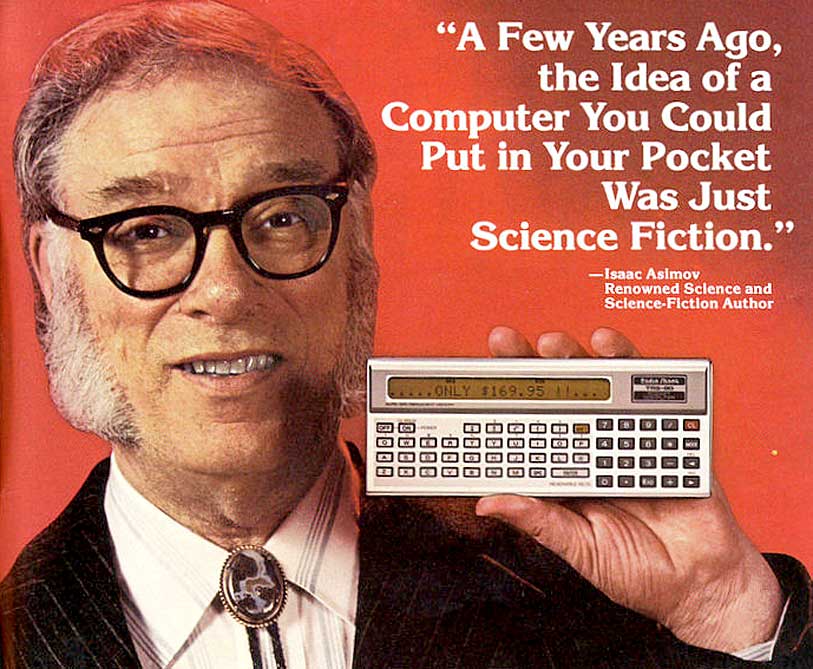 Click on the link here for Audio Player – NPR: Options – Isaac Asimov: I, Thou, and the Computer – October 10, 1974 – Gordon Skene Sound Collection

The phrase “Garbage In – Garbage Out” was how Isaac Asimov summed up the coming age of Computers in 1974. And forty years later the prediction remains eerily true. In fact, scary in its accuracy.

But in 1974 it was all fantastic and implausible. In 1974 we were just getting used to push-button phones, cassettes were an innovation and we were about to be confronted by the VHS versus Betamax wars. Cable TV was slowly creeping into American homes, and nobody had their MTV because nobody thought about it just  yet.

In 1974 our concept of computers was relegated to the idea of elaborate calculating machines, or the dystopian fantasy of computers running amok on their own and enslaving the world.

Well . . . .enslaving, but in a different way perhaps.

In 1974 we were up to our eyeballs in our own concepts of high-technology, and the words of Isaac Asimov were curious and a little far-fetched. Or so some of us thought.

But, as time has proven, ol’ Isaac was right.

It is garbage in and garbage out. It’s become the skillful manipulation of thoughts and ideas by others with agendas or delusions – the computer is only the messenger, the human is still the one pulling the strings, or in this case, the key-strokes.

In this lecture, part of the weekly NPR series Options, Dr. Asimov gives an assessment of the coming age of Computers; their evolution and their future. After the lecture is an interview where Asimov reiterates his theory on where the Computer is heading. The broadcast is from October, 1974.

In retrospect, it’s pretty spot-on. And in light of the recent goings on in the world of NSA, it gives further evidence and proof to the adage “we’ve met the enemy and they are us”.

And forty-years later, we are viral.