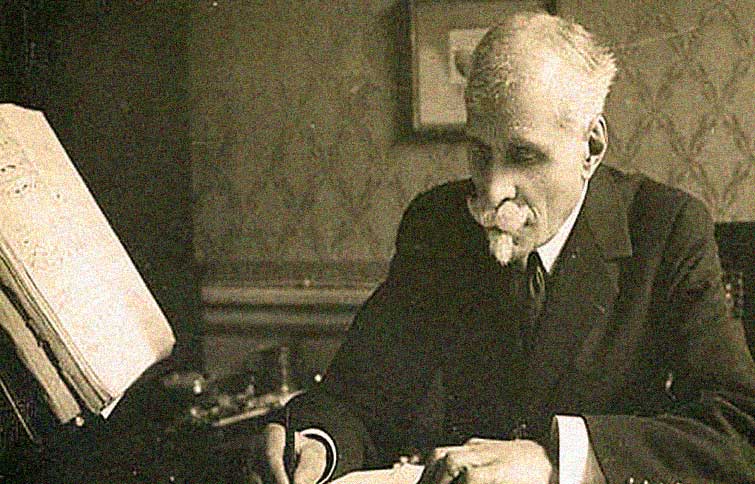 More rarities from French Radio this weekend. Today, it’s a selection of scenes from Maurice Emmanuel’s 1936 adaptation of Amphitryon, based on the play by Plautus, featuring the legendary Opera Comique tenor Camille Maurane and The Paris Radio Symphony led by Eugène Bigot. This radio broadcast recording is from February 13, 1952.

Maurice Emmanuel (1862-1938) was a popular and prolific composer who has slipped into unjustified obscurity in recent decades. He composed a number of operas as well as vocal, chamber and symphonic works. With the exception of a few songs, there are almost no recordings of Emmanuel’s in the current catalog. And this recording has never been issued. The legendary Eugène Bigot had been synonymous with French musical life and with radio since its inception. He conducted hundreds of concerts during his lengthy career and made numerous recordings. As one of the leading exponents of French music, he was responsible for bringing to light many otherwise obscure and new composers and had conducted numerous premiers of major works. Luckily, because of his long association with French Radio, a number of his broadcasts have been preserved and hopefully they may see the light of reissue some day . . . maybe.

At any rate, enjoy this ten-minute extract of Amphitryon. There will be more Emmanuel coming up in the future.

Note: Special thanks goes to Jean-Pierre Bigot, son of Eugène Bigot for providing correct information on his fathers’ recording activities for Paris Radio and setting the record straight. In offering these posts, it’s essential to get as much correct information as possible because, sometimes it’s the only opportunity there is to present something for posterity, and getting it right provides validation.