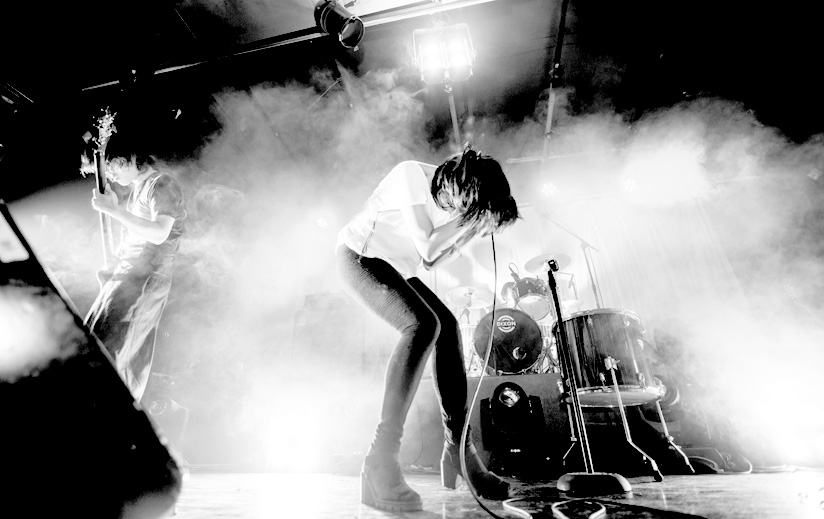 Further evidence that Rock really has no borders, Nova Heart is a sampling of what the Indie scene is like in Beijing these days. The four-piece, fronted by vocalist Feng Haining (Helen), have the distinction of being one of the first of the underground movement in China to embark on a multi-continent tour, without the benefit of a debut album, as of yet. However, they do have their first ep, Beautiful Boys, which came out in April of 2012. A truly international affair as it was recorded in Rome and mastered in Frankfurt, they’ve gotten extremely good word-of-mouth and press everywhere from Istanbul to Beijing, including their home base Chinese Vogue who have proclaimed them “dark, sexy and beautiful”. Time Out Magazine calls them a “breath of fresh air”.

You could say this band has a future.

Tonight’s concert, given at the recent Trans Musicales de Rennes in France, was part of their European tour last year, and it gives a good sampling of what Nova Heart is all about.

Check them out, and give this one a sample. You might be surprised.

Feng Haining – Time Out called her a Breath of Fresh Air.