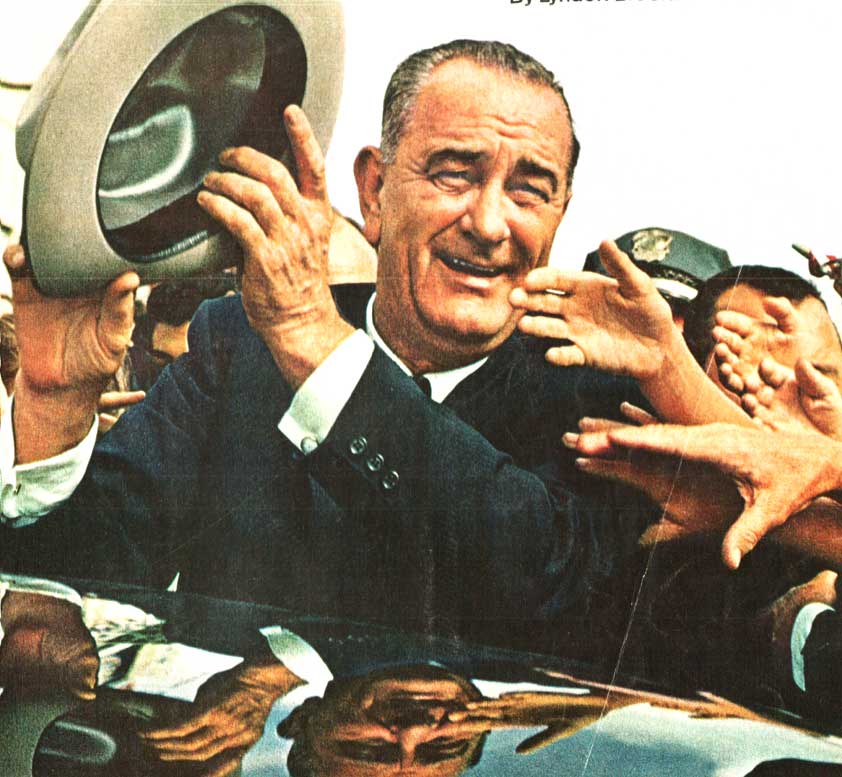 Coming out of the period of mourning with oceans of promise.

Coming out of the period of mourning with oceans of promise.

This day fifty years ago, President Johnson declared War on Poverty in his first State of The Union Address – January 8, 1964.

Debated ever since as to whether it was a howling success, a screaming failure or a half-baked political move – whatever it’s long-term outcome was, at the time it was a shot in the arm for a country slowly getting over the grim and painful assassination of John F. Kennedy.

And it was only the start of what would be an eventful, and in fact pivotal year. One that pretty much shaped the rest of the decade. Because shortly after this came the Civil Rights Bill a veritable Tsunami of social legislation, including Medicare, all having a profound effect on the future of America.

And there was also Vietnam lurking in the background, and Barry Goldwater girding up for the Presidential elections of 1964 and that whole set of confusions.

But it was still January – there was optimism . . . .and The Beatles were getting ready to come to the U.S.

Here is President Johnson’s State of The Union Address for January 8, 1964