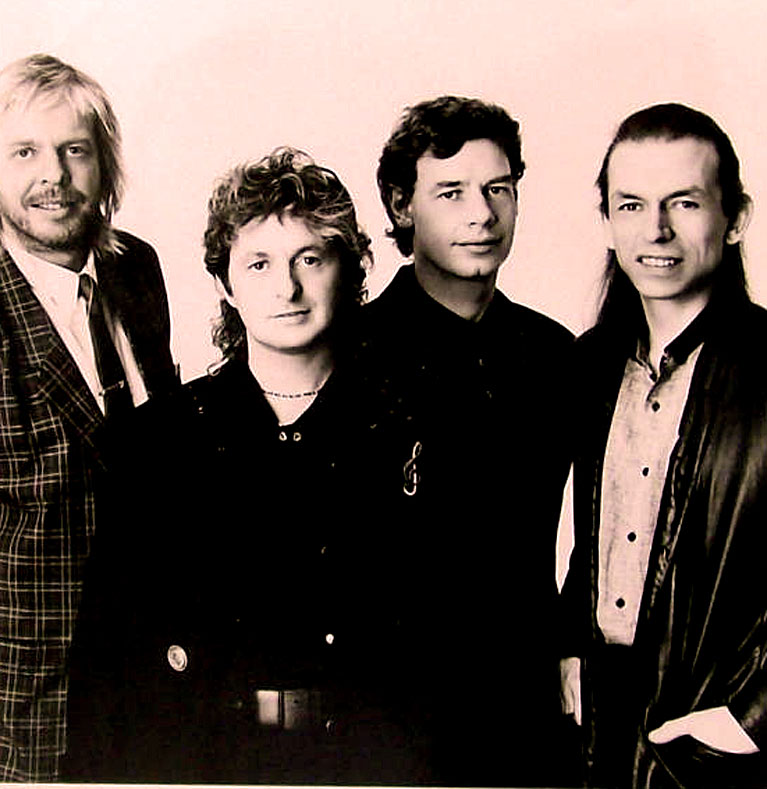 ABWH - Yes, by any other name.

Anderson, Bruford, Wakeman And Howe – In Concert – 1989 – Nights At The Roundtable: Mini-Concert Edition

ABWH – Yes, by any other name.

Yes were one of those bands who clearly shaped much of the diversity that defined the early 70s in music.  Taking the Progressive form and extending on it to create massive musical landscapes, they became synonymous with a movement towards a cerebral and theatrical take on Rock, which also created a goodly amount of derision and labels of pretension by many critics and fans of straight-forward Rock.

But Yes were hugely popular despite whatever misgivings the press tossed at them, and they became the foundation from which a lot of bands later took their inspiration. Further evidence you can’t please everybody, so it’s pointless to try.

But even Yes were wanting to create a more commercial sound, and after some bitter differences, lead singer and co-founder Jon Anderson quit the band in 1979 to pursue a solo career, which saw a successful collaboration with Vangelis, another keyboard and electronics wiz, no doubt inspired by Yes.

In the mid-1980s, Jon Anderson re-joined Yes, only to leave again in the late 1980s, citing more creative differences, and formed Anderson, Bruford, Wakeman and Howe. Ostensibly Yes, but because of a threatened lawsuit from co-founder Chris Squire, decided to go as ABWH and record two very successful albums before morphing once again into Yes.

Tonight’s post is a concert during that period as ABWH, recorded at Birmingham N.E.C. in 1989 by the venerable BBC.

If the above seems confusing, don’t worry. Listening to this concert is a reminder of what the original band sounded like in 1972.

Some things don’t change – and more fuel to the adage, if it isn’t broke, don’t fix it.