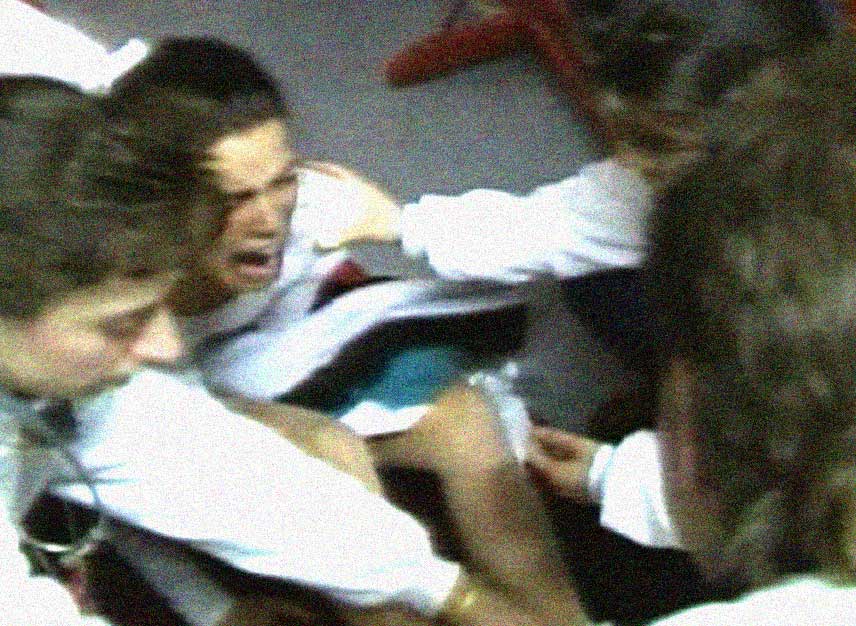 Violence, even in the skating rink.

Violence, even in the skating rink.

In a week that seemed more violent than most, January 9th, 1994 summed up the mood of dismay, frustration and helplessness many were feeling twenty years ago. In reaction to the shooting in a San Diego movie theater, dubbed “The Schindler’s List Killing”, by a deranged gunman opening fire during a screening of the popular film, California Governor (and former Mayor of San Diego) Pete Wilson exclaimed “It’s got to stop! Dammit, it’s got to stop!”

And the sentiment was echoed by many, all the way to Capitol Hill, where calls for stricter gun controls and enforced licensing of gun sellers drew applause from some, and derision from others, including the NRA (naturally) who said gun control was pointless and efforts to enforce it were a waste of time. It was noted, however, that there were more gun dealers in the U.S. than McDonalds Drive-thru’s. Drive though – Drive by . . .take your choice. And twenty years later, the hand-wringing continues, as does the body count.

And the violence wasn’t confined to guns. On a skating rink in Detroit, a practice session by Olympic hopefuls ended with an attack on one skater, Nancy Kerrigan. It sent shock waves all over the sports world, and further dismay that even something as seemingly benign as skating was no longer safe from what was becoming an increasingly violent and unhinged society. By weeks’ end, there were no clues or motives for the attack, and Kerrigan was expected to recover.

And while the violence was going on, the world continued lumbering along it’s inevitable pace.

A government study was underway to consider Marijuana use for Medicinal purposes, reversing a policy instated by the Bush (#1) Administration in 1990. And Capitol Hill was mourning the loss of former Speaker of the House Thomas P. “Tip” O’Neil who passed away at 81 from a heart attack earlier in the week.

And that’s a tiny portion of what went on this rather skewed day in history, January 9, 1994 as reported on ABC Radio’s World News This Week.