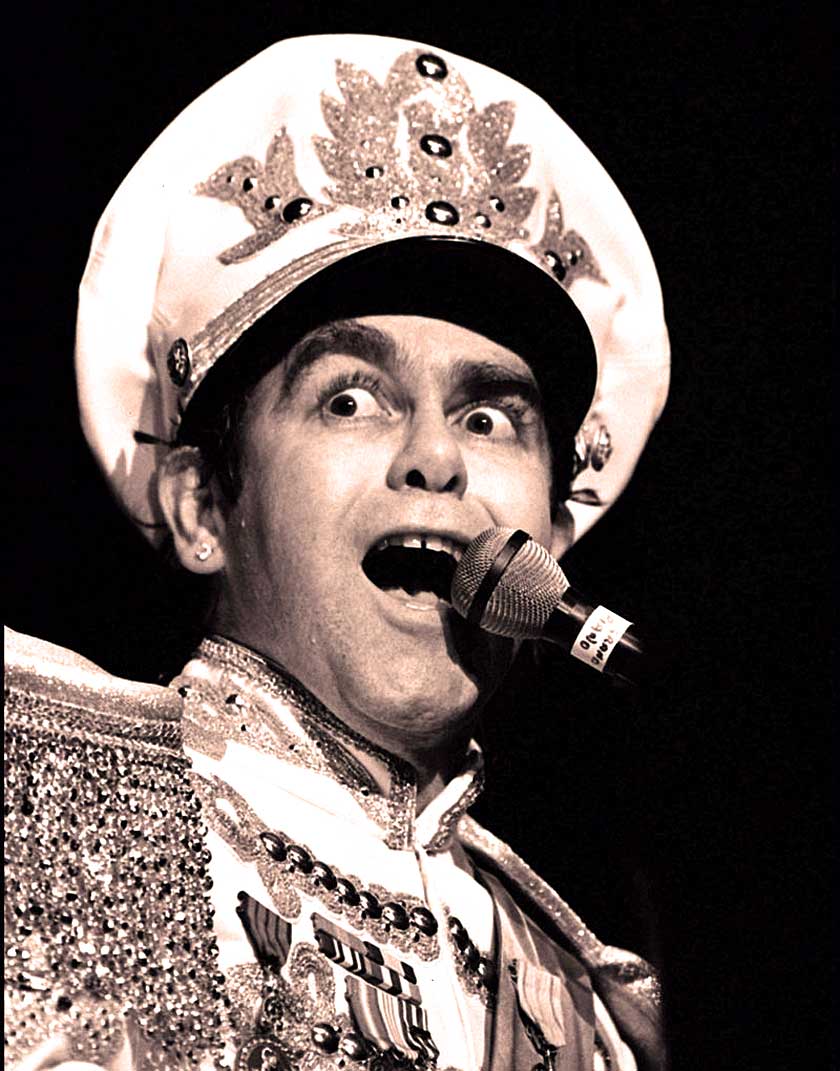 Subtle was not a watchword of the 70s.

Subtle was not a watchword of the 70s.

Continuing with Rock Legends this weekend. It occurred to me I haven’t posted a single Elton John session or concert since Past Daily got started over a  year ago. No good reason. I think much of it had to do with a preoccupation for posting bands that didn’t get the attention they deserved or new bands in need of exposure. Believe me, Elton John needs neither.

As one of the most recognizable icons of the 70s, Elton John continues a musical journey well worth catching if you missed it the first time around.

Depending on how you looked at it at the time, the outrageous stage presentation and theatrics either contributed to the Elton John persona or were distracted by it. Because under all the glitz and Vegas-style extravaganza was a craftsman of some of the most enduring pop songs of the later 20th century.

Sometimes you are so blindsided by the floor show you are unaware of  the fact that you are really listening to something with meat on its bones.

Well, maybe having a listen to this concert may bring the awareness of Elton John’s tuneful eloquence into full view.

This weekend it’s a Christmas Eve concert from 1974, given at the Hammersmith Odeon and recorded for posterity by the venerable BBC Radio 1 as part of their In Concert series.

Most of the songs from this set are from the Goodbye Yellow Brick Road album, and features the original band lineup.

You might want to crank this one up, just for old times sake.