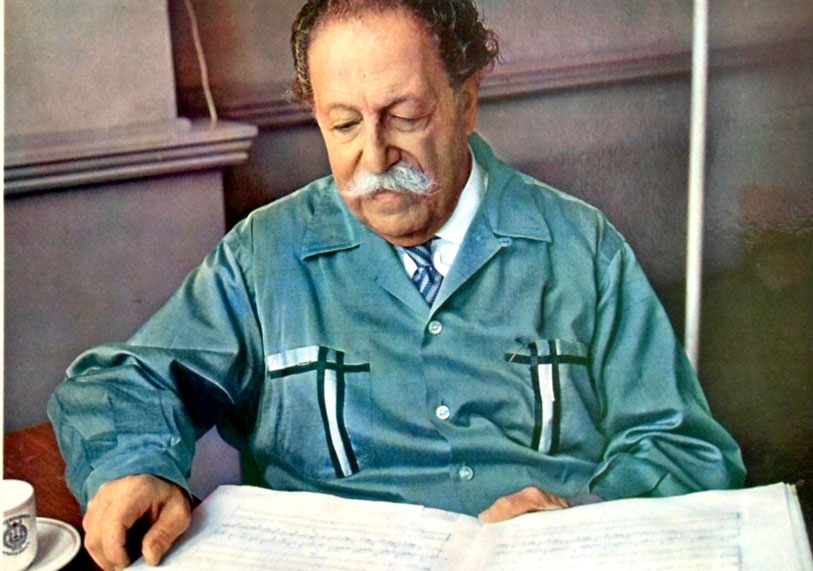 Pierre Monteux - another conductor much liked by musicians.

Pierre Monteux – another conductor much liked by the BSO.

Continuing with historic recordings of The Boston Symphony in rehearsal. This week it’s then-Music Director of the San Francisco Symphony Pierre Monteux leading the orchestra in a rehearsal of the Wagner Flying Dutchman overture and the Brahms Symphony Number 3.

Another well liked and respected conductor, Pierre Monteux was legendary for a lot of reasons; not the least being his landmark performance of the debut of Stravinsky‘s Rite Of Spring in 1913 – the performance that heralded a new era in Classical music and a riot to boot.

Not as revolutionary in this rehearsal from February 3rd 1951, he still gets the best out of the orchestra and it offers further proof that not all famous conductors were tyrants, and not all conductors were screamers.

Sometimes these rumors just get started.

Again, as before, this isn’t the complete concert, only the rehearsal and a half-hours worth. It’s a way of giving insight as to how a performance is shaped and what goes into the rehearsal process.