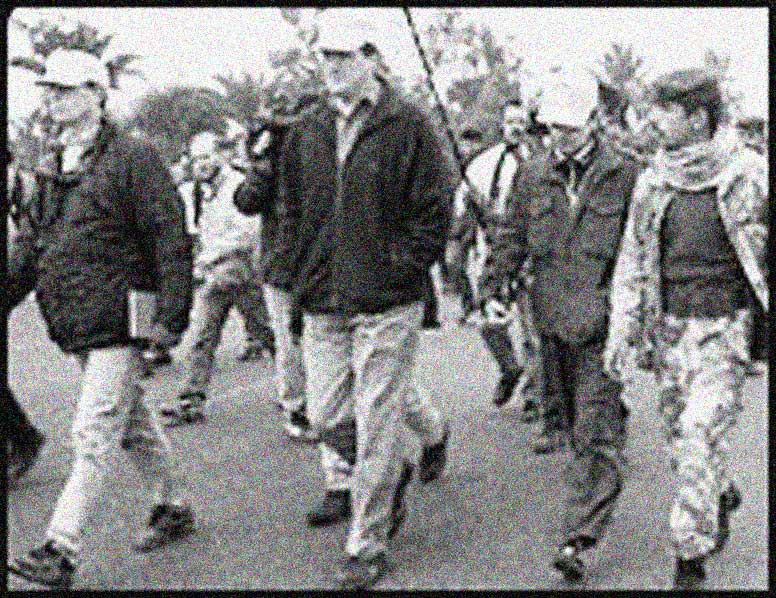 January 13, 1998 was a day mostly consumed with reports of on-again-off-again UN weapons inspections going on in Baghdad. Today it was off-again, owing to objections by the Iraqis of too many Americans and Brits on the inspection team and charges of spying tossed in for good measure. The fits-and-starts atmosphere was getting on everybody’s nerves, with a grumbling undercurrent calling for military intervention from the U.S. and an equally grumbling undercurrent saying there really weren’t Weapons of Mass Destruction as promised. Still, the game dragged on.

Meanwhile, in the Spanish Canary Islands – a cult was thwarted from carrying out a promised mass suicide among members. The 32 member German cult, who believed the world was about to come to an end were getting ready to carry through with their promise to off themselves, which they promised to do earlier in the week by mass self-immolation.

In Tokyo, the hostage-taking drama was over in Tokyo’s Financial district. No one hurt. Hostage released. Hostage-taker taken into custody after six hour standoff. Hostage-taker  identified as a member of an ultra-Nationalist group unhappy with Japan’s financial policies. When all else fails, commandeer something and make demands.

And a school bus in India plunged into the River Ganges, killing some 60 children along with their teachers. It was the latest in a series of accidents that have become a common occurrence on  India’s roads.

And a piece regarding the growing suspicion on Capitol Hill of Microsoft’s intentions for the Computer World. The Phrase “Anti-Trust” kept rearing its head and there were fears the preeminence might be coming to an end.

And that’s a small portion of what went on in the world this January 13th in 1998 as reported by the BBC World Service via the Newshour program.