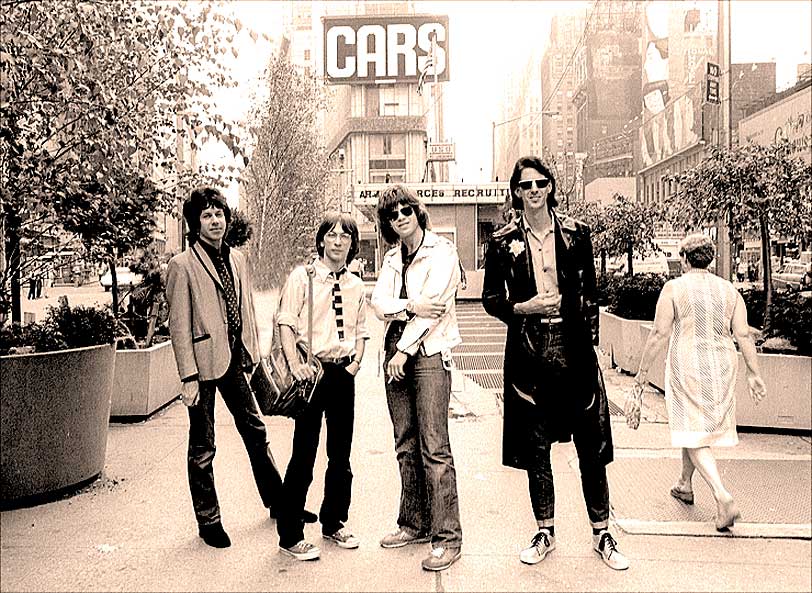 The Cars – In Concert At Sussex University – 1979 – Nights At The Roundtable: Mni-Concert Edition

Click on the link here for Audio Player – The Cars, in concert at Sussex University – 1979 – BBC Radio 1 In Concert

Some early New Wave tonight, courtesy of The Cars, who were at the forefront in merging guitar-rock with Synth-Pop in the late 1970s/early 1980s.

Tonight’s concert comes from the Candy-O period, which was shaping up to becoming another huge hit for the band. They had already scored Platinum with the release of their self-titled debut album in 1977 and were making inroads in Europe. This concert, from Sussex University in the UK and recorded by the venerable BBC for their Radio 1 In Concert series, is a half-hour snapshot of what the band were all about during this early, and wildly successful phase of their careers.

Sadly,  nothing lasts forever and The Cars broke up in 1988, having gone separate ways into solo projects and to other bands. Despite lead singer Ric Ocasek’s adamance over no reunion, the band did finally get together (the surviving members) for a new album in 2010 and a tour in 2011. As of 2014, they appear to be going the solo route. But that can always change.

Here’s a reminder of what 1979  sounded like. If you weren’t around at the time, it sounded a lot like The Cars.