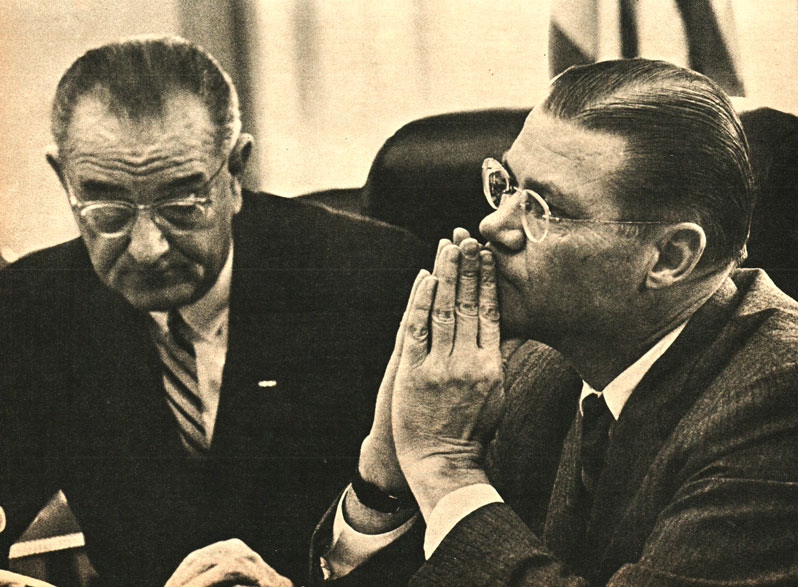 How to sell a war with no end.

How to sell a war with no end.

No doubt about it, on this January 16th in 1966 we were slipping further and further into an abyss known as the Vietnam War. To a joint session of Congress, President Johnson gave not-so-vague hints this would be a long, drawn out war, with seemingly no end in sight. It made for unsettling listening, this third State of the Union message from LBJ. The big question was – how was this going to be paid for, since all these conflicts don’t hinge so much on whether or not it is right or moral as much as what the price tag is going to be. So now we were faced with a conflict having seemingly no end, another drain on a nation’s youth, another drain on its resources and no clear idea as to why we were there. People were starting to wonder. But the majority (it must be noted) were still on board for war. That opinion would change during the following 12 months. But on this day, the pledges of unending support for South Vietnam were met with applause.

But there was more going on in the world. India’s Prime Minister Shastri, having just complete negotiations with Pakistan to avert another conflict over Kashmir, suddenly died of a massive heart attack.

After twelve days the New York Transit strike was finally over, after 11th hour negotiations proved successful.  It was one of the costlier strikes in New York history, running up a tab of some $500 million during that twelve days.

But protest was going on all over on this particular day. In Hattiesburg Mississippi, Civil Rights demonstrations were held to protest the fire-bombing and killing of Civil Rights worker Vernon Dahmer. In Birmingham Alabama, voting rights rallies erupted into violence as police fired shots into the crowd, and days later used nightsticks to break up demonstrations.

All that, and so much more happened on this week ending January 16, 1966 – as presented by ABC Radio’s Voices In The Headlines.