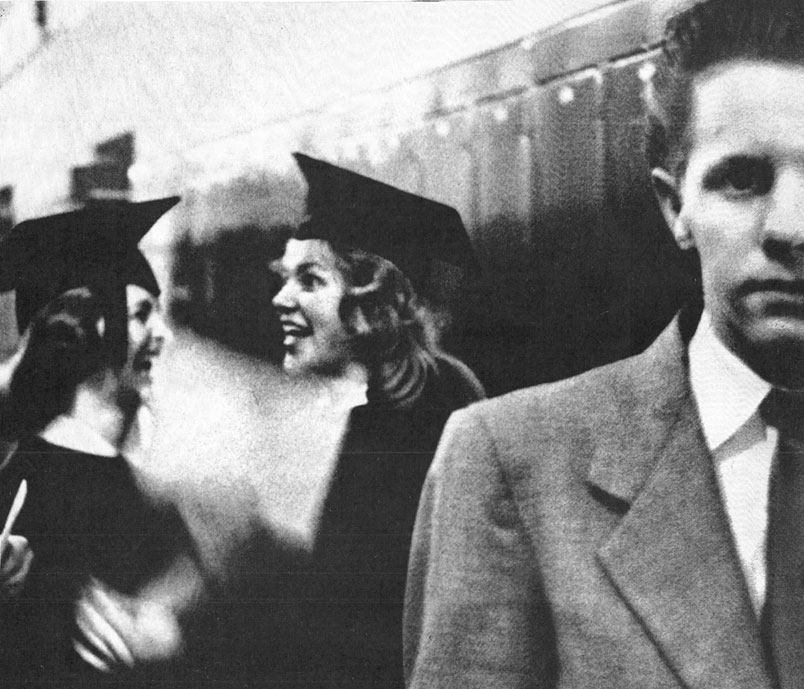 You will be listening to this and you’ll wonder if this is a description of life on another planet. It bears no resemblance to life in 2014. It was, in fact 61 years ago this week. This was what young Women were having to face in the world of 1953. And even then, as it’s pointed out by Barnard College President Millicent Carey McIntosh, Women were a pretty wild and liberated bunch by comparison to her school days just after the turn of the 20th century.

It’s a fascinating document – one which we really have very little contact with these days. It is a glimpse of life and gender relationships from 60 and 100 years ago from someone who was witness to it, and who speaks about it from a place of wonderment and strangely, nostalgia, even though McIntosh was a very progressive advocate for Women’s rights and regarded as an early Feminist in the 1940s and 1950s.

How women, in the early part of the 20th century were considered “blue stockings” if they went to college. How women in the 1950’s went to college in order to get good Secretarial jobs. How all of it took a distant backseat to marriage and children. She delivers her lecture with a sense of awe, bewilderment, hope and ultimately caution. And the question-and-answer period right after gives further evidence of just how far away those times now are.

Consider too, that the women Millicent McIntosh are talking about are about the same age as your mothers and grandmothers, those modern young Women of 1953.

Here is that lecture, as delivered by Millicent Carey McIntosh, from the program NBC Radio Lecture Hall, for November 14, 1953.