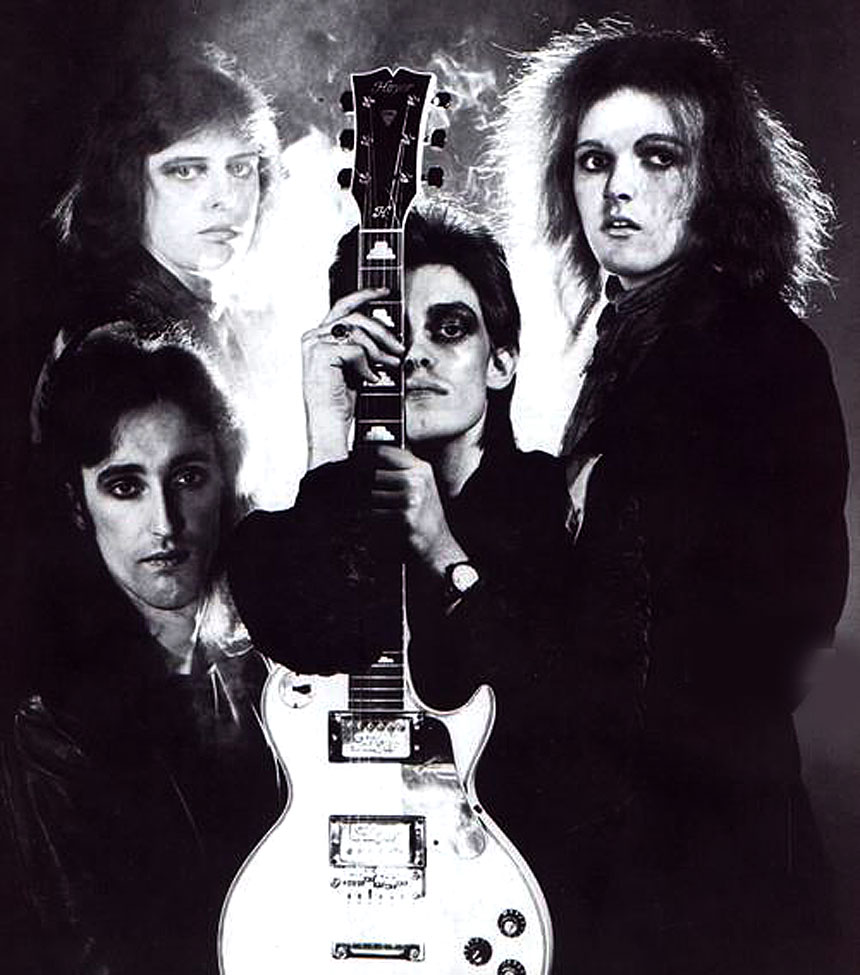 Be Bop Deluxe during their short-lived Glam phase.

Be Bop Deluxe – In Concert At Oxford – 1978 – Nights At The Roundtable: Mini-Concert Edition

Be Bop Deluxe during their short-lived Glam phase.

Be Bop Deluxe were a band the critics loved but the audience apparently only liked. Together in two short bursts – once from 1972-1974 (which yielded one album) and then from 1976-1978, they made some great records, but things just didn’t pan out as they should have. Perhaps one scenario being the constant shift in musical tastes of the audience – how Be Bop Deluxe adopted a Glam approach at around a time Glam was losing interest. They adapted a Punk approach around the time Punk was morphing and splintering into a hundred different directions.

My best guess is they didn’t hit the right combination of musical style – they were just out of sync, and because of that it was a frustrating experience for a pretty talented bunch of musicians.

Tonight’s concert, via the BBC’s Rock Goes To College series over Radio 1 in 1978, puts them during the last few months of their second phase which had four albums to their credit. It was recorded at Oxford University on February 3rd 1978.

Sadly, after the band called it quits in 1978, another attempt to get a reunion together in the 1990s was considered. But the deaths of practically all the founding members made that an impossibility.

Had fortunes gone another route and a different outcome took place, the Be Bop Deluxe story might have been different. Founding member Bill Nelson has gone on to great success as a solo artist. So there is some vindication to be had.

But for now, give a listen to the band as they were in 1978. And familiarize yourself with what you may have missed the first time around.