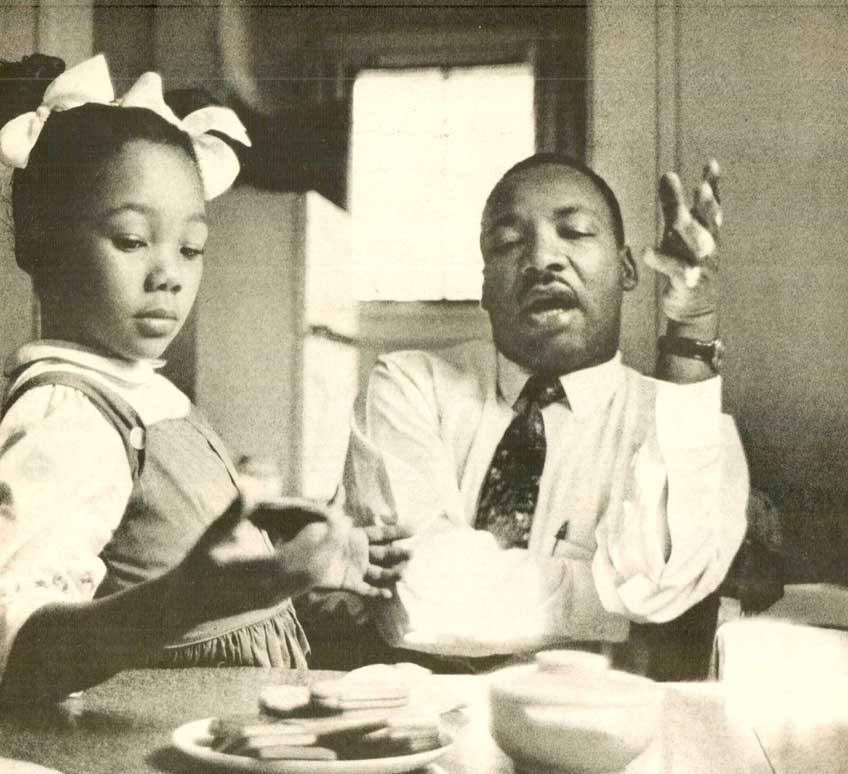 In  honor of Dr. King’s Birthday today, I unearthed this 1960 appearance on Meet The Press, where the discussion is about the new tactic in the Civil Rights Movement – the lunch counter sit-in, a tactic even former President Truman bristled at.

But it signified how deeply entrenched the struggle was, and  how much of a battle was at hand. How in fact it is still at hand. But then it was over the simple matter of equality and  access to a sandwich. It sounds absurd – but the elements and signs of racism were much more overt and broadly apparent than they are now. But they still exist, though less noticeable. Perhaps the sinister nature of blame and finger-pointing don’t easily go away. Further evidence it’s all an inside job.

But in this interview with Dr. King, the subject of where the Civil Rights movement stood in 1960 were discussed – the pros and cons of this new element in non-violent protest.

All a reminder of what Dr. Martin Luther King stood for – and continues to stand for on what would have been his 85th birthday.

Here is that Meet The Press appearance for April 17, 1960